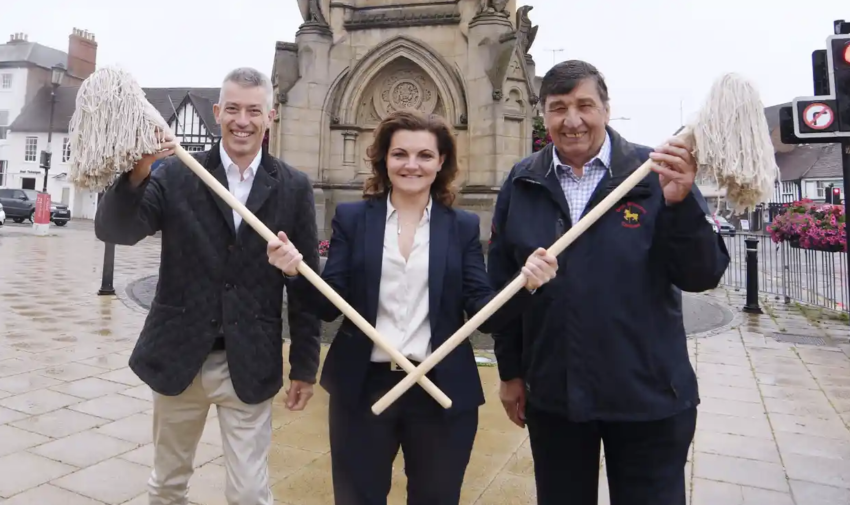 Stratford-upon-Avon is reviving a traditional recruitment drive dating from medieval times to help ease the modern squeeze on hospitality workers in the region.

The Warwickshire town, Shakespeare’s birthplace, is launching the job and apprenticeship event alongside its annual October funfair – known as a “mop fair”.

England’s mop fairs began in the 14th century, even before the Bard’s lifetime, when they were created as a means of introducing employers to agricultural and domestic workers.

At the time, many tradespeople were employed from October to October the following year. At the end of their 12 months of service, farm workers, labourers, servants and some craftsmen would travel to the annual gathering dressed in their best clothes and carrying an item to show their trade.

Servants who did not have a particular skill would carry a mop head with them, which led to the event getting its name.

In more recent times, Stratford’s town centre mop fair had evolved into a funfair, which even kept going during the pandemic, when just a single ride operated to ensure the tradition was kept alive.

This October, the local council has arranged an accompanying job and apprenticeship fair at the Stratford Playhouse, giving employers and agencies in the hospitality and leisure sector an opportunity to speak to jobseekers.

Cllr Matt Jennings (pictured above) , the portfolio holder for tourism and economic development at Stratford-on-Avon district council, said people attending this autumn may be able to enjoy the amusements and potentially find a new job.

“The mop fair has been a staple in Stratford for a very long time, but it’s been many years since it fulfilled its original purpose of recruiting people for work,” he said.

“With the pandemic having had a significant impact on businesses in Stratford district and beyond, we thought bringing back old traditions and hosting a job and apprenticeship fair would be a great way for businesses looking to hire to meet people looking for work”.

Hospitality businesses have been struggling to find enough staff since they were allowed to reopen when coronavirus restrictions were eased in the spring. Many workers switched to other jobs during the pandemic, while EU workers returned to their home countries because of Covid or Brexit, and have not returned.

Hospitality and tourism in the region have been affected during the last 18 months, according to Kate Varvedo, senior marketing and commercial manager at tourism organisation Shakespeare’s England.

“Bringing back the old traditions of the mop fair is a really fun way of helping businesses in the town find the staff they need and ultimately help the region’s economy bounce back,” Varvedo said.

Stratford’s mop fair was first granted a royal charter in 1553, when it began to take place after the harvest, and subsequently received official charters in 1611 and 1676.