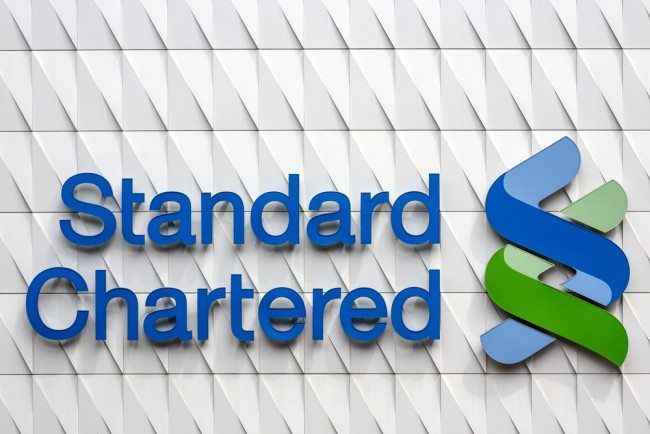 According to Standard Chartered, higher charges for bad loans affected its profits, and the bank was also hit by slowing growth in emerging markets. Along Pre-tax profits falling to £1.17bn in the first half of the year, and revenues down by 8 per cent operating costs also fell 4 per cent.

Bill Winters, who replaced Peter Sands as chief executive in June, used his first results presentation in charge to detail some of his plans for the bank.

The decision to slash the banks dividend will help the bank strengthen its capital base, and will act as a safety net protecting it from unexpected financial knocks.

Analysts believe the cut to the dividend will conserve capital and may need to raise $10bn of fresh equity.

Following the release of Standard Chartered’s interim results, Ian Forrest, investment research analyst at The Share Centre, explains what they mean for investors.

“Standard Chartered’s interim results were welcomed by the market today as the banking group revealed that its Tier 1 capital ratio had risen to 11.5 per cent from 10.7 per cent. Investors will see that that this indicates a higher level of security and stability within the company.”

“Within the results, we can see that the challenging nature of current trading was underlined by an 8 per cent fall in revenues, whilst pre-tax profits fell 44 per cent in the six months to June. Those currently invested will be displeased with the interim dividend being cut by 50 per cent to 14.4 cents. The bank has said that it expects the final dividend to be cut by a similar amount.

“There has long been speculation about whether a rights issue would be required to boost the level of capital, but the bank said today no decision has yet been taken by new chief executive Bill Winters as part of the ongoing strategic review.

“These results are a very mixed bag from Standard Chartered as they show a welcome rise in capital levels but rising bad loans and a big cut in the dividend. Major decisions, such as whether a rights issue will be required and where the bank will be domiciled in future, remain up in the air. These will hopefully be clarified as part of the strategic review due by the end of the year. For medium risk investors who believe in the longer-term attractions of growth in China, trust that the new CEO can make strides in turning the bank around and are not overly concerned about a dividend at present, the shares are still worth holding.”