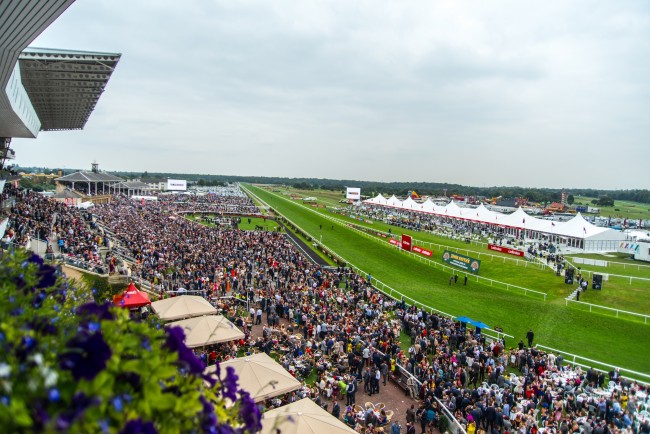 Last year the showpiece festival – one of highlights of the UK racing calendar – brought more than 60,000 racegoers to South Yorkshire during a four-day period in September. According to research by Doncaster Racecourse, those people spent an estimated £45m in local shops, bars and restaurants – bringing significant financial windfalls to dozens of local businesses.

This year the festival, which kicks off on September 9, looks set to attract a similar number of racegoers and many firms have reported a boost in trade ahead of the big occasion.

Doncaster-based female fashion store Chique said it has seen a 20 per cent rise in sales in the lead up to this year’s festival, with stylish ladies purchasing their special outfits for the showpiece event. Other businesses in the town have also reported a boost in trade.

Carolyn Poole, owner of Chique, said: “This year we’ve had a lot of interest from ladies looking to buy that unique outfit so that they stand out from the crowd at the festival. We can cater for that as we’re very boutique and rarely have more than three of each type of garment in the store.

“The festival has had a really positive impact on the local economy and our business has benefited massively. Footfall has increased, sales are up and it has been a great boost to us at the end of a very busy summer.”

Kieran Gallagher, executive director at Doncaster Racecourse, said: “The festival attracts people from all over the country and in doing so, boosts the local tourism industry and gives local businesses a lift.

“Chique is one of many well-established businesses that have seen trade increase in the run up to the festival and others will benefit once the showpiece event gets underway on September 9.”

The J2O Spritz Leger Legends Day and its centrepiece Leger Legends race marks day one of the festival, followed by the glitz and glamour of DFS Ladies Day on September 10. The penultimate day of the festival attracts some of the most prestigious racing of the week, with the long-established Socialites E-Cigarettes Doncaster Cup Gentlemen’s Day taking centre-stage, before the Ladbrokes St. Leger Stakes brings the four-day bonanza to a dramatic climax on September 12.

To find out more about the Ladbrokes St Leger Festival or to book tickets visit www.doncaster-racecourse.co.uk/st-leger or call 01302 304 200.