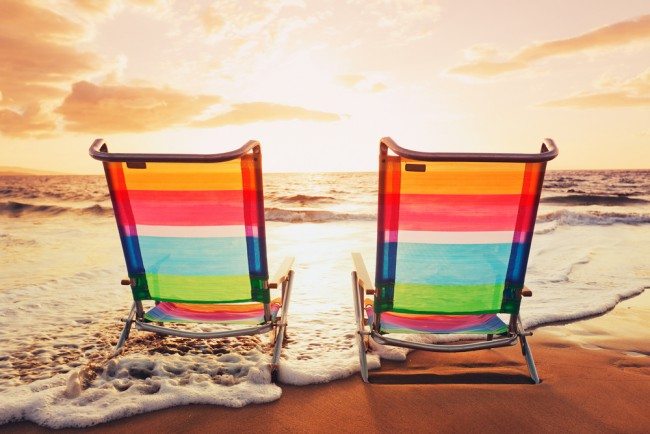 In comparison, a survey of almost 300 larger businesses showed that holding back on taking time off was far less of an issue for key decision makers in big businesses. Less than three out of every five large business decision makers felt the need to take 25 or less days holiday last year, less than a fifth took 20 or less days of holiday and less than one in ten took 15 days or less.

Staggeringly, almost one in ten small business decision makers did not take any holiday at all. Key decision makers at large companies were much more likely to take time off though, with just 2 per cent failing to take any at all, and the survey found that more than two in five actually took more than 25 days of holiday in the last 12 months.

It seems likely that the weight of responsibility is the reason for the disparity between the amount of holiday take between senior staff in smaller and larger businesses. Half of SMEs said that if they took more holiday than they currently do their business would be negatively affected, compared with just over a quarter (28%) of decision makers at large business.

Most encouraging of all was that one quarter of small business decision makers said that they work a total of 35 hours per week or less, compared with less than one in ten from large businesses.

Anne Griffiths, Head of SME Propositions at Zurich UK, says: “While the common perception that working for yourself provides day-to-day flexibility appears to ring true, it is undeniable that running your own business is a balancing act. Employees at larger businesses are reporting the freedom to take more holiday without affecting business operations, where smaller businesses are really feeling the strain in holiday season.

“The sheer responsibility of owning a business is clearly weighing heavy on business owners’ shoulders. It is imperative that small business owners are making use of all the support available to them to make sure their businesses are healthy and stable enough to take some well-deserved time off.”