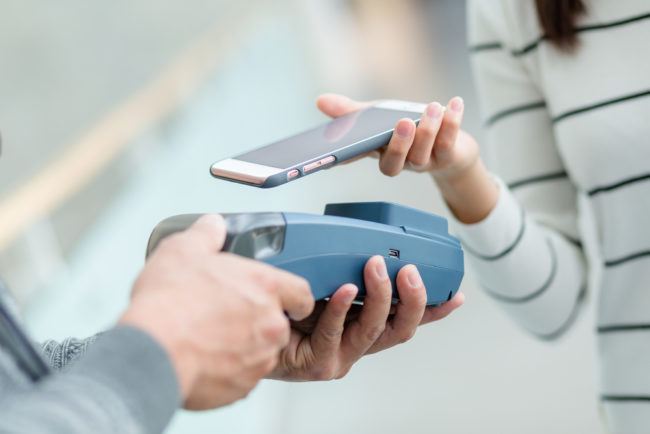 The findings reveal that nearly half of millennial shoppers are opting to pay using a “next generation” payment solution including online “invisible” payments, where card and shipping details are saved in advance of transaction (such as one-click ordering), and “conversational” payments, where digital personal assistants such as Amazon’s Alexa are used to make a purchase.

Eager to embrace new technology, 15 per cent of shoppers, rising to almost three in ten 18-34 year olds have chosen to abandon a purchase because they couldn’t pay using these “next generation” methods. As a result of customers taking their business elsewhere, SMEs have lost out on an estimated £1.6 billion worth of sales in the last year alone.

One in four small retailers admit they have lost customers because of a lack of emerging, but increasingly popular payment options – rising to two thirds when modern technology such as contactless, online payments, mobile and wearable devices are taken into account. With over a fifth of millennials keen to use next generation ways to pay more frequently, the findings indicate that innovation is increasingly important for SMEs if they are to keep their appeal with younger shoppers, especially as their spending power increases.

Despite growing consumer demand, a significant number of smaller retailers are yet to fully acknowledge the value that adopting next generation payment technology will bring to their business. Although almost three in ten SME retailers have plans to update their offering in the next six months, a fifth do not think they need to introduce invisible payments. This is despite the fact that 27 per cent of 18-34 year olds predict that invisible payments will become the most popular form of payment in the next five years and over half believe cash will eventually become redundant.

What’s more, far from embracing these cutting-edge methods, a significant proportion of SME retailers are also still to introduce mainstream electronic payments technology such as contactless. Despite September marking 10 years since Barclaycard first launched contactless in the UK, a quarter of smaller in-store retailers are yet to introduce this form of payment. With more than four in ten consumers and over half of 18-34 year olds choosing ‘touch and go’ as their preferred way to pay, and the usage of contactless having risen by 104 per cent in the last 12 months, contactless is no longer an option but a necessity for retailers, with next generation payment methods not far behind.

While SMEs are sometimes falling behind the expectations of consumers, a distinct cohort of forward-thinking smaller retailers is considering making changes. Six in ten believe cash will eventually become redundant and 7 per cent have already prepared for this by becoming completely cash free. In addition, four in ten small retailers plan to introduce next generation technology in the future, with one in ten admitting they are making this step as a result of lost custom.

To spur their intention into action, SMEs can obtain the support and consultancy they need to get started from their payment provider or acquirer. A third of SME retailers have held off introducing a new method simply due to a lack of know-how when it comes to setting up the technology, and 38 per cent admit that they don’t understand how new payment methods work.

Greg Liset, Head of Small Business at Barclaycard said: “The figures show that SMEs are losing sales by not adopting increasingly popular technologies that facilitate invisible and conversational payments. While it’s encouraging that many smaller retailers are becoming aware of the importance of these emerging methods, they need to turn this ambition into action to steal a march on the competition and keep up with consumers both now and in the future.

“Making these changes needn’t be complicated or time consuming – with support from their payment provider, SMEs can ensure they have the right solutions for their business while satisfying the ever-growing group of tech-savvy, digitally-minded shoppers.”