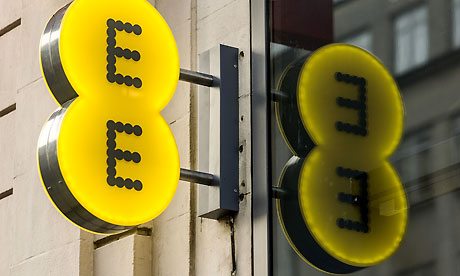 Similar business benefits have been realised by US, Swedish, Japanese and German 4G LTE-enabled organisations since the technology was first introduced, according to the EE and Arthur D. Little study1. The study, based on 14 in-depth interviews with 4G LTE-enabled businesses worldwide and responses from over 1,200 business decision makers, marks today’s commercial launch of 4G. It gives British firms insights on how 4G can benefit their business.

Small business demand for 4G
Almost three quarters of small businesses intend to roll-out the superfast mobile service within 12 months, while 74 per cent of businesses nationally plan to do the same.

Small firms expect 4G to help increase productivity and boost employee well-being and motivation. The technology will also help firms compete through innovation – 50 per cent want 4G so they can set up an internet connection quickly without having to wait for a fixed line to be installed. This is a boon for local retailers wanting to set up a pop-up shop, or builders looking to set up a temporary office onsite.

Innovation boost
The study also looked at 4G business benefits that have been realised in other countries. Over three quarters of US-based respondents agree 4G has helped their firms innovate and jump ahead of the competition. This innovation boost has been realised by firms in the construction, automotive and healthcare industries to name but a few. They are using 4G to introduce new ways of working, products and services before rivals do. For example, a German car manufacturer will become the first to 4G-enable cars when it releases the LTE Car Hotspot, a USB adaptor giving passengers access to superfast internet. While a US-based construction company uses 4G to send vast quantities of critical data in the field back to base in real-time. It has used one application over 4G to reduce project completion times by as much as 30 per cent, saving $1,000 a day.

Productivity increase
More than eight out of 10 US businesses surveyed get more work done on the move with 4G. This is because employees can browse the mobile internet faster than before, access files in the cloud more quickly and communicate with colleagues and customers using high quality video conference calls while on the move. For instance, 40 per cent said sales teams can now get deals completed in the field, without having to come back to base. While in Germany, a city hospital is trialling a 4G-enabled ambulance, aimed at improving survival rates of stroke patients. The high data transfer speeds of 4G are essential given the high resolution Computerised Tomography (CT) images which are uploaded by the ambulance to the hospital. Alarm to therapy times were reduced by 54% during the trial.

Cut costs
While nearly half said 4G has saved their company money, with one small business based in Los Angeles saving $100,000 (£62,000) alone. Cost efficiencies were achieved by this organisation, and others, by introducing 4G devices and hot-desking, then reducing office space as a result; cutting wasted employee time; and slashing print costs as documents can be easily transferred between devices.

The study was commissioned by EE to give UK businesses the inside track from countries which are using 4G to the full. The UK’s most advanced digital communications company recently announced its 4G business plans. For small businesses, plans start from £30 a month for 1GB of data, 1,000 minutes and 1,000 texts. EE also provides medium sized, public sector and corporate customers with a range of dedicated 4GEE plans for only £3 a month more than existing 3G data plans.

Martin Stiven, Vice President of Business at EE, said: “4G is having a transformational effect on businesses across the world. It’s unsurprising 86 per cent said that now they’ve experienced the benefits of 4G, they wouldn’t go back to 3G. We’re keen that small businesses reap the same rewards, helping them become more productive, efficient and innovative. That’s why we’ve announced highly competitive 4G pricing and released this study detailing how other nations are using 4G successfully.

“We want British business to fully benefit so it’s positive to see this unprecedented demand as firms across the nation begin realising the potential of 4G.”