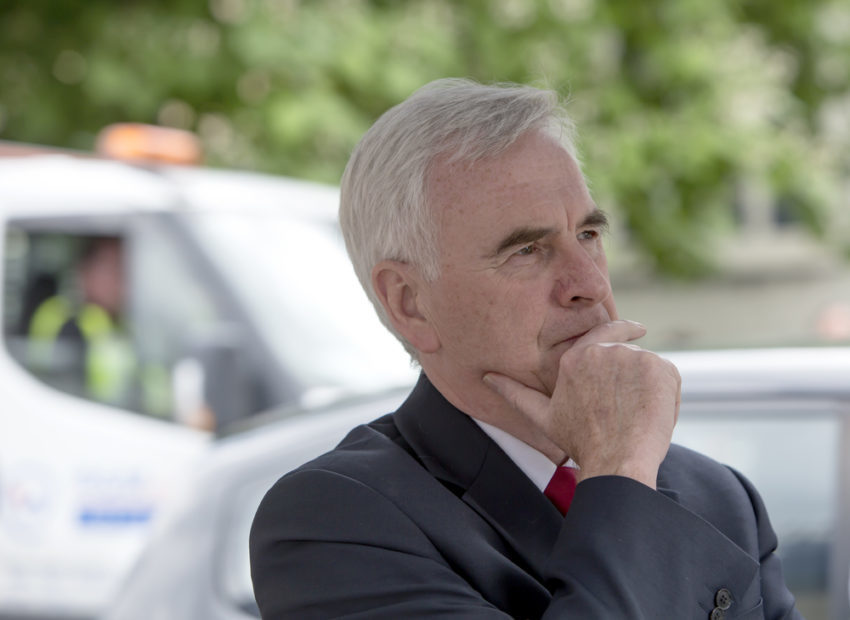 Labour would force all large firms to give shares to their workers worth up to £500 a year each, John McDonnell will say later.

In his main party conference speech, the shadow chancellor will set out planned “inclusive ownership funds”.

Firms would have to put 1% of their shares into the fund every year up to a maximum of 10%.

The Confederation of British Industry said Labour’s “diktat” would “encourage investors to pack their bags”.

But Mr McDonnell told the BBC the UK was lagging way behind countries such as Germany in terms of rates of employee share ownership and it would boost productivity and encourage longer-term corporate decision making.

“1% is not particularly radical,” he told BBC Radio 4’s Today. “This is an idea whose time has come but should have come 20 years ago.”

“People feel they do not have a stake in society or their communities or their companies and that is one of the reasons we had the Brexit vote.”

Since its conference opened in Liverpool on Sunday, Labour has already announced plans for worker representation on company boards and to make employers provide up to 10 days’ paid leave for victims of domestic violence.

The party’s power brokers have also agreed on wording for Tuesday’s motion on what the party should do about Brexit if it cannot get a general election. It keeps “all options on the table” on Brexit, including the possibility of campaigning for a new referendum.

In Monday’s speech, Mr McDonnell will tell delegates that Labour’s inclusive ownership plans would give workers a financial stake in their employers and more say over how companies are run.

The amount available to workers would be capped at £500, with the rest – estimated at £2.1bn a year by the end of a five-year Parliamentary term – going into a fund to pay for public services and welfare.

The scheme would apply to companies with more than 250 workers, although smaller firms could set up inclusive ownership funds if they wanted to.

Labour calculates that 40% of the UK’s private sector workforce – some 10.7 million people – would initially be covered by the scheme. Dividend payouts would be made at a flat rate to all employees of the firm.

The funds would be held and managed collectively, with a bar on selling or trading their shareholdings. The system would be similar to that operated by employee-owned retailer John Lewis.

But payments from the fund would be made to individual, eligible employees, Labour sources said.

Workers’ fund representatives would have voting rights in companies’ decision-making processes in the same way as other shareholders.

Labour aides said the creation of the funds would help redress growing inequalities after a decade when average pay has not increased in real terms.

But the dividend payments would not be available to state employees – including workers in industries such as water, which Labour hopes to nationalise.

Labour sources say the £2bn social dividend fund would ensure public sector workers and employees of smaller firms also benefited from what the party calls a “broadening of ownership in our economy”.