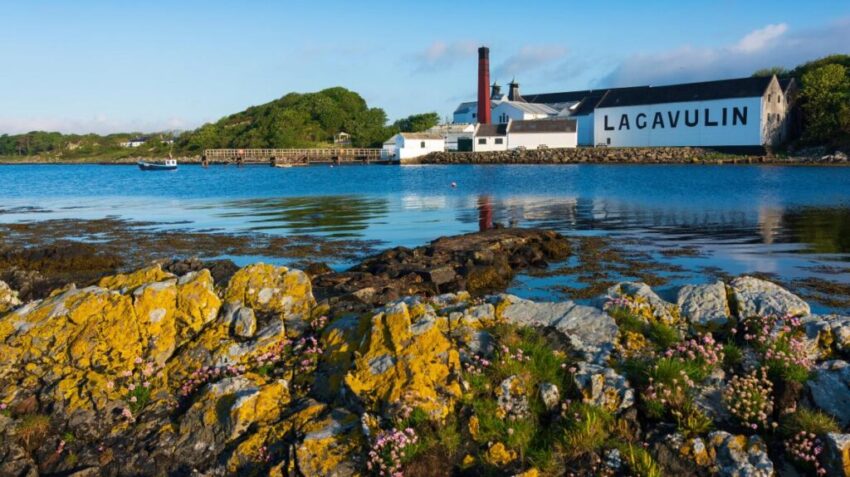 Scotch distillers have accused ministers of pursuing a “misguided” strategy by leaving Brussels to negotiate the removal of American whisky tariffs, saying that they face “serious and irreparable damage” without an urgent resolution.

They are demanding that Britain speak directly with the White House after a precipitous drop in Scotch exports to the United States.

Industry leaders fear that jobs will be at risk should the US follow through on its threat of further tariffs, raising the rate on single malt and imposing new levies on blended whiskies and gin.

Liz Truss, the international trade secretary, has been urged to conduct bilateral negotiations with the US over the issue before distillers are forced out of the market.

In a letter to Ms Truss, the Scotch Whisky Association (SWA) argued that Scotland had been hit “disproportionately badly” by transatlantic tariffs, which have also targeted goods such as shortbread and cashmere.

Because the duties are part of a long-running dispute between the European Union and the US over aerospace subsidies, Whitehall has maintained that negotiations must be led by officials in Brussels.

The World Trade Organisation ruled last autumn that Washington could impose tariffs on $7.5 billion of goods from the EU because the bloc had illegally subsidised Airbus, the European aerospace company. The EU has accused the US of providing state aid to Boeing, the American aircraft manufacturer, and is seeking to apply duties on $11.2 billion of US exports, but the WTO has delayed its ruling until this autumn.

To complicate matters, two years ago the EU introduced a 25 per cent tariff on bourbon whiskey as part of a retaliatory package of levies after President Trump imposed tariffs on imported steel and aluminium.

For Scotch distillers, already under severe pressure, time is of the essence. Their US exports dropped by 25 per cent between October and March. In April, as the coronavirus outbreak swept across the world, the industry’s US sales fell by 47 per cent.

MPs have sought to push their counterparts in the EU and the US to resolve the dispute as fast as possible. However, Karen Betts, chief executive of the SWA, wrote to Ms Truss: “I have always been sceptical that allowing the European Commission to negotiate on the UK’s behalf while the UK is leaving the EU serves key UK interests effectively. I am now even less convinced.”

Delay at the WTO, coupled with the US presidential election in November, “means that tariffs on Scotch whisky could remain in place for many months to come”, she said.

A Department for International Trade source said that Ms Truss, 44, was taking a “robust line” with both sides. “This issue needs to be resolved and the UK is prepared to look at all options. We’re determined to protect British interests,” the source said.

Scotch producers, who directly employ about 10,000 staff and generate annual exports worth £4.91 billion, are struggling to understand why tariffs on their goods were not on the agenda during the first two rounds of post-Brexit trade negotiations with the US.

The Glasgow Distillery Company has had to shelve plans to start selling single malt in the US — the source of more than a fifth of overseas Scotch sales by value last year. “If you add in Covid, US tariffs and now with the imminent B-word spinning back into play, what it does is create huge amounts of uncertainty,” Liam Hughes, 53, owner of the distillery, said. The US “would just basically be shut to us and the vast majority of companies of our size” if the dispute escalated, he said. “America is basically off the menu.”

Jean-Christophe Coutures, 53, chairman of the Chivas Brothers Scotch business of Pernod Ricard, called on ministers to “accelerate efforts”, warning that tariffs were a “significant brake on our industry’s ability to bounce back”.

In 2019, 127 million Scotch bottles were exported to the US, down 7 per cent on the previous year.

“We need the UK government to act quickly to resolve the UK aspects of the Airbus/Boeing dispute through the ongoing UK-US trade talks,” Ms Betts, 47, said. “Leaving [it to] the EU to protect the UK’s interests in this dispute while the UK is in the process of leaving the EU seems misguided.”

The British government must start “acting in a much more focused way” to prevent “long-term damage through a loss of market share in the US, which will over time result in job losses in our industry and our supply chain”, she added.

Copies of her letter were sent to other senior government figures including David Frost, chief Brexit negotiator and himself a former SWA chief executive, and Crawford Falconer, chief trade negotiation adviser

A government spokesman said the issue has been raised “at the highest levels of the US administration, including with the president”, adding: “We have been clear that these tariffs are not in the interests of the UK, EU or US. The government is working closely with the US, EU and European partners to support a negotiated settlement.”

Enduring one wave of tariffs and bracing for another, the sector is pleading for help. As ministers continue to hail close trade ties with the US after Brexit, distillers are wondering how such a special relationship could allow them to face such acute pressure.