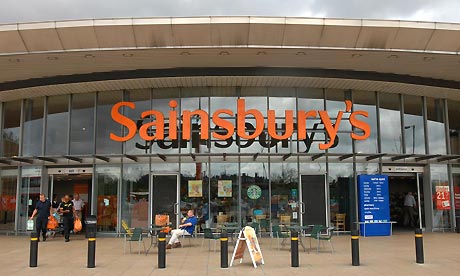 The decision reverses Sainsbury’s previous stance on the issue, after it rejected an invitation to sign the PPC in October, saying it would add “unnecessary complexity to our business”, reports The Telegraph.

However, Mr King said he had now “been assured” this won’t be the case and the company joined the code last Thursday.

Mr King was responding to a letter that Mr Fallon sent to every FTSE 350 firm urging them to sign the PPC. The Business Minister, who has promised to “go to war” over the issue of late payments to small companies, will “name and shame” those that haven’t joined the code this month.

Sainsbury’s said it already goes “above and beyond” the standards of the PPC. Mr King said he hoped that by signing, he had assured Mr Fallon of “our commitment to pay our suppliers fairly, promptly and within clearly defined terms”.

The supermarket faced criticism in October for lengthening its standard payment terms to 75 days for all non-food suppliers.

In some cases, this meant businesses had to wait twice as long to have their invoices settled.

The Federation of Small Businesses welcomed Sainsbury’s decision to join the PPC but warned that it should not be seen as a “box ticking exercise”. Companies should not simply be seen to extend supplier terms just before signing.

It expressed concerns that Sainsbury’s had not properly consulted with its supplier base over the extension to its payment terms.

However, Philip King, chief executive of the Institute of Credit Management – which runs the PPC – said he had been given “detailed assurances that Sainsbury’s did not change terms without consultation”.

“I would have felt it was inappropriate to join the PPC if they had breached it so soon before signing,” he said.

Mr Fallon set the deadline for businesses to join the code or face being named and shamed at the beginning of the year.

“Large companies are sitting on an awful lot of cash at the moment and it is simply not fair if they don’t pay their suppliers or sub-contractors on time,” Mr Fallon said in an interview with The Sunday Telegraph last month.