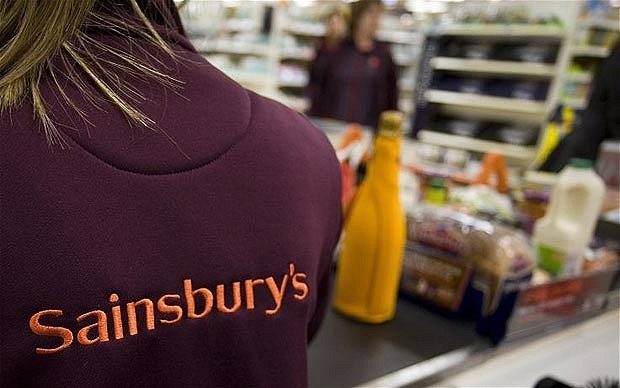 Sales for the supermarket group appear to have benefited from the discovery of horse meat in beef products sold by rivals Tesco and Asda, reports The Telegraph.

No horse meat has been found in Sainsbury’s products despite the crisis across the industry and chief executive Justin King said the company has “invested heavily in our supply chain and sourcing credentials over many years”.

Mr King added: “Our values are a long-term, strategic point of difference. The issues experienced by the industry over the last quarter underscore the importance of our detailed understanding of our supply chain.”

Sainsbury’s said it has seen a 18pc rise in sales in its convenience stores during the period with online food sales up almost 20pc. The sharp rise in online food sales highlights the reasons why rival supermarket Wm Morrisons last week followed Sainsbury’s and said it would start selling food over the internet.

“Our focus on quality is an important reason why customers choose to shop with us, and why we are seeing strong growth in our own-brand products,” said Mr King.

“With the re-launch of the by Sainsbury’s range almost complete, sales have grown by around 9pc year-on-year. Our differentiated own-brand offer is complemented by the price reassurance of Brand Match on branded products.”

Sainsbury’s also reported a sharp rise in non-food sales, which have cleared £1bn for the first time and are growing at three times the rate of food sales. Clothing sales rose almost 20pc year-on-year, with home accessories up almost 25pc.

The sales for the ten weeks to March 16 represent Sainsbury’s fourth quarter of the financial year. For the full years, its like-for-like sales rose 1.8pc exclucing fuel.

Clive Black, analyst at Shore Capital, said: “All credit to Sainsbury’s in regaining momentum post a somewhat subdued Christmas trading period by its own exacting standards in recent times.

“Whilst we cannot be certain, we do believe that the supermarket chain has not been impacted to the same negative extent as Tesco UK from recent meat contamination issues.

“In this respect, Sainsbury points out that it has been DNA testing for ten years and that it purchases all of its fresh poultry -although this may not mean frozen poultry and chicken used in ready-meals – from the UK, whilst all of its beef comes from the British Isles.

“In addition to its strong credentials for high quality and upper end mix, Sainsbury is also continuing to execute well in our view, being reasonably comfortable within its own corporate skin.”