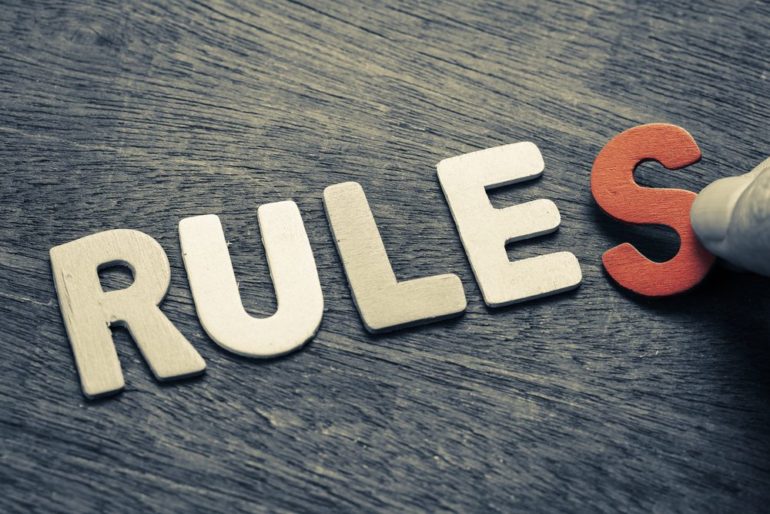 New research has found that one third of workplaces in the UK have ridiculous rules in place, with one in five workers stating that they feel they can’t be trusted as a result.

The study, which asked 1,000 UK workers whether their employer had any silly or unnecessary rules in place, found that over half of workers will disobey any rules they deem as ‘silly’. Interestingly, the most ridiculous rules fell into the following five categories:

Many respondents reported that they either had a strict time frame in which to go to the toilet (3 minutes), had to ask to use the toilet facilities, and were even searched before going to the toilet.

Some respondents reported that they had to wear particular coloured clothes to match the business, women weren’t allowed to wear trousers, and one individual even said that they were sent home for not dressing down.

If you’re two minutes late in one business you’ll have your pay docked by 15 minutes, and in another you aren’t allowed to travel further than 20 metres away from the building at lunch in case you’re late back!

Some workplaces won’t allow their staff to drink water and another will not let workers carry drinks up and down the stairs. What’s more, one company won’t let employees have drinks on their desk in case they get spilt.

Lee Biggins, founder and managing director of CV-Library comments:  “Every workplace needs rules: otherwise you’d simply never get things done! That said it’s clear that many of the rules highlighted in our research are just ridiculous. Employees want to feel trusted and while one workplace can differ massively to another, you have to treat your staff like adults – especially when it comes to being allowed to drink water and going to the toilet!”

The research also revealed that the cities which were most likely to have ridiculous rules in place included Glasgow, Cardiff, Sheffield, Birmingham and London.