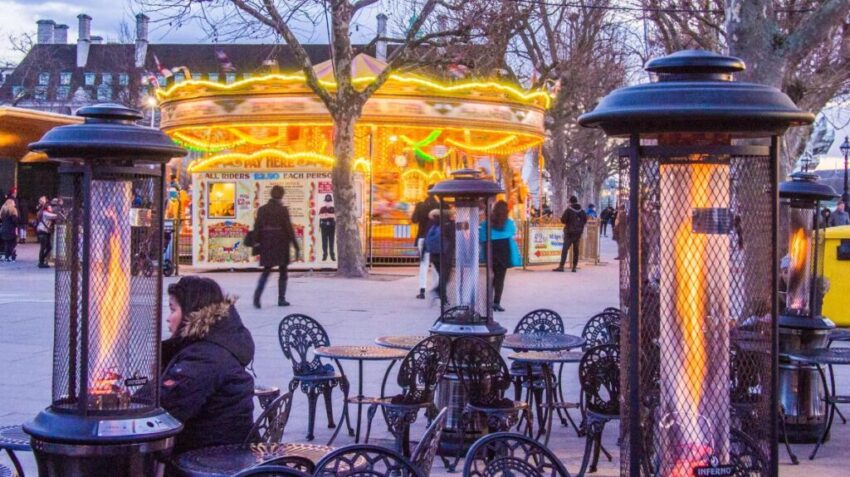 Hard-pressed retailers are calling on the government to extend shopping hours, including longer Sunday opening, in an attempt to save the festive season when the lockdown ends.

There were long queues outside some retail outlets yesterday as people made a last-minute dash to the shops before England went into lockdown and new shopping restrictions came into force.

Steve Rowe, 53, chief executive of Marks & Spencer, spoke for many in the retail sector yesterday when he said that he believed “Sunday trading should be deregulated, it should be like any other trading day” in order to help retailers to recover from the pandemic.

Mr Rowe added that the government’s guidelines allowed the retailer to sell clothes in the 320 shops where food was being sold, although a spokesman clarified that in stores with multiple floors the upper storeys would be shut so that the retailer operated “in the spirit of the guidance”. The business is offering click-and-collect services from 600 stores and has launched a “book-and-shop” service for customers to beat queues, which has already had 20,000 appointments this week.

Dunelm, the soft furnishings retailer that sells homeware items from kettles to blinds, also called for greater clarification about the restrictions and how they are applied, such as the differentiation between “homewares” and “home improvement”, which allows some companies to sell homewares and prevents others from doing so.

A Dunelm spokesman said: “We are surprised not to see homewares included on the list of permitted businesses, particularly given this is inconsistent with the guidance provided during the nationwide lockdown.

“Throughout the coronavirus crisis, the role our homes play in our lives has been ever more important. As the public acts to protect the NHS over the next four weeks, there is a clear need for essential homewares as we spend the majority of our time indoors and move into winter.”

One industry source said that the lack of guidance raised questions about the difference between Sainsbury’s being allowed to sell Argos products in its stores or Asda selling its George clothing ranges alongside its food ranges.

Mike Ashley’s Frasers Group is pressing the government for clarification about whether it can keep open its larger Sports Direct stores, which sell bicycles, as cycle shops have been classed as essential retail. The group’s Evans Cycle business is allowed to remain open.

The retail sector’s troubles have been highlighted in the latest data from Springboard, the analyst, which reveals that shopper visits across all UK retail destinations fell by 31.5 per cent in October compared, with 28.2 per cent in September. Springboard believes that footfall is likely to drop by 80 per cent during the lockdown.

Despite England’s pubs, bars and restaurants having to shut, executives in the hospitality industry say that outdoor heated space will be vital to their fortunes once they are allowed to reopen. Phil Urban, chief executive of Mitchells & Butlers, said that the pubs group had decided to press ahead with a £1.5 million investment in heated and covered outside spaces, according to the Financial Times.