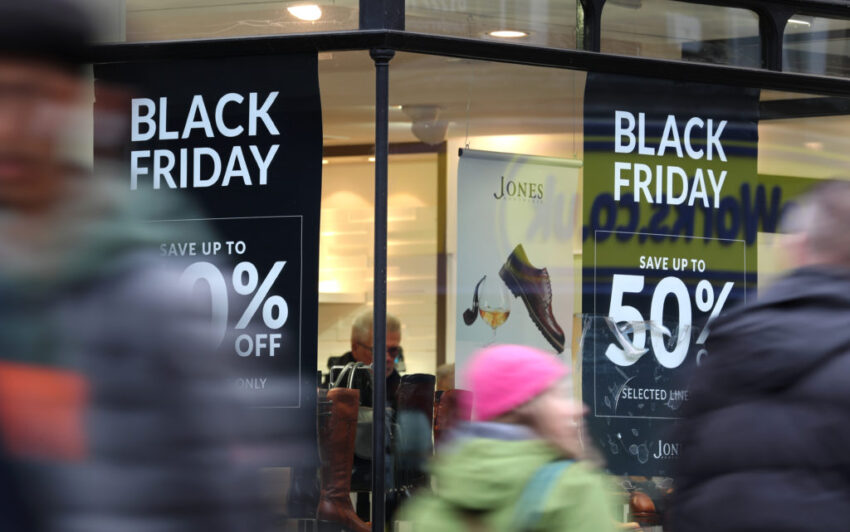 Retail sales growth in the UK outstripped expectations in November, despite dire warnings from retailers that it was one of the worst on record.

The quantity bought in November was 1.4% higher compared to October, according to the Office for National Statistics (ONS), as Black Friday promotions encouraged higher sales of non-food items.

The strongest growth was in household goods stores, up 5.3%, driven by an 11% increase in electrical appliances.

The amount spent was 1.5% higher month-on-month.

But growth was slower than the rate seen this time last year when spending was up 5% and quantities rose 3.6%.

Recent updates from retailers have suggested that shops had to rely on heavy discounting to shift product during November.

Sports Direct boss Mike Ashley said the month had been the “worst on record” and warned businesses could be “smashed to pieces” by poor trading.

“Indeed, there are bound to be suspicions about the November data given that the ONS has acknowledged that it is not easy to seasonally-adjust for Black Friday data given the changing nature of promotions,” he said.

The most recent high street and shopping centre footfall data for November, compiled by Springboard, showed the worst decline since the recession.

Thursday’s ONS data showed that it was a different picture online, as digital sales as a proportion of all retailing exceeded 20% for the first time.

Philipp Gutzwiller, head of retail at Lloyds Bank Commercial Banking, said: “More than perhaps any month before, the fact that overall sales rose in November was thanks to the relative success of Black Friday online compared with on the high street.

“Some pure online retailers and those with sophisticated omni-channel operations reported some of their busiest days in years, with gadgets and beauty products doing particularly well.”