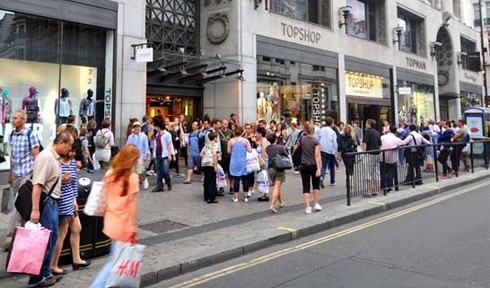 The proposals are the first results from the Red Tape Challenge and will see significant changes to legislation that will make life easier for businesses.
Comments from the public and business, along with a vigorous process of challenge within Whitehall, on the 257 regulations under consideration have led to proposals to:
The replacement or simplification of more than 12 pieces of overlapping, costly and confusing consumer rights law, with a single new piece of legislation.
The removal of a number of burdens specifically identified by retailers including consolidating and simplifying the procedures for age verification or identification for the selling of age-restricted goods like knives and glue.
Simplify the ineffective and burdensome poisons licensing system for low risk products such as fly spray and toilet cleaner; remove the requirement on retailers to notify TV Licensing about TV sales; and removing and simplifying a range of rules on transport products such as tyres and catalytic converters.
Promote greater personal freedom and responsibility by getting rid of symbolic cases of heavy handed intervention, such as requiring a shop selling liqueur chocolates to have an alcohol licence, and by lowering the age for buying harmless Christmas crackers;
Prevent business confusion, and cutting down the dead weight of the statute book, by removing redundant legislation, such as the antiquated Trading with the Enemy Act and its 98 linked regulations and rules around the safety of pencils, prams and hood cords where consumers are already protected by other legislation.
Business Secretary Vince Cable said: “We have to roll back the number of rules and regulations that our businesses have to deal with if we are to create the right conditions for sustainable economic growth. We have heard these promises by successive Governments before but these first proposals from the Red Tape Challenge show that we’re serious about doing that and we are making real progress.
The Red Tape Challenge was a key action from the Government’s Plan for Growth, which is focusing on creating the right conditions for businesses to start up, invest, grow and create jobs.
Over the lifetime of the Challenge, Government will examine all of the existing regulations on the statute book, with a view to breaking down the barriers and promoting opportunities for business, freeing them of unnecessary red tape.
Minister for Business and Enterprise Mark Prisk said: “As a result of the thousands of comments we received, and a robust challenge process inside Whitehall, we are now proposing to simplify, improve or abolish two-thirds of the retail regulations that we asked the public to comment on, cutting back the bureaucracy that our retailers face. These moves will help reduce costs especially for small retailers by cutting down the number of forms they have to fill in and overlapping and confusing laws they have to get to grips with.
“We’ve listened to what people have said about the confusing and overlapping rules with the aim to get rid of the ones we don’t need and making the ones we do simpler to understand and put into practice. At the same time though we are preserving good regulation, such as the hallmarking regime, for which there was strong support.”
The CBI has also acknowledged the positive steps that the red tape challenge is making with Dr Neil Bentley, CBI Deputy Director-General, saying: “We welcome the rigour with which the Government is tackling burdensome regulation which prevents businesses from focusing on growth.
“It is crucial that the process of repealing and streamlining regulations happens as soon as possible so that retailers can keep down costs and pass on savings to hard-pressed consumers.”
The British Retail Consortium welcomed the changes, but warned they could be cancelled out by measures being undertaken by other government departments. A spokesman said: “We question how these incremental changes will deliver real change on the ground at a time when the government is introducing more big ticket regulation, for example around parental leave and flexible working. If we’re to see real economic growth in the UK, deregulation can’t be derailed by new and costly laws.”
The Chairman of the Federation of Small Businesses, John Walker, said: “Plans to bring about a ‘culture change’ in the regulatory environment are all very well but will not inject confidence into the economy now – and certainly won’t help when the really burdensome regulation comes in over the next few years.”