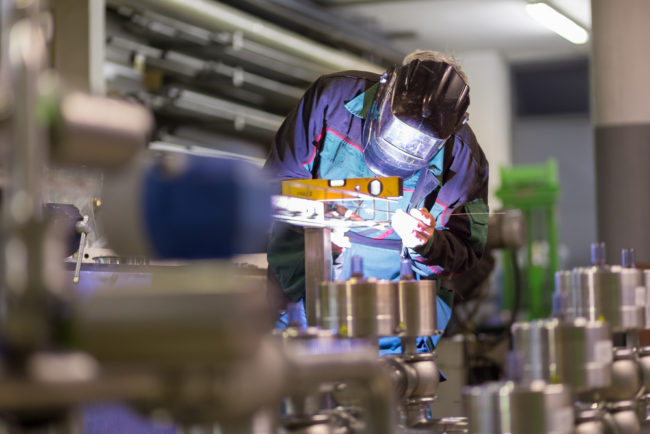 Productivity increased at its fastest pace in 15 years in the three months to September as the economy bounced back from the first lockdown, according to official figures.

Output per hour, the main measure of productivity, increased 4 per cent compared with the same quarter the previous year, the Office for National Statistics (ONS) said. The last time it grew faster was in the final three months of 2005.

Improvements in productivity are essential if living standards are to improve as only by producing more with the same resource can wages rise faster than inflation. Britain is about a fifth less productive than Germany, France and the United States. Evidence of improvement is encouraging, although the ONS figures are heavily skewed by the impact of lockdown, furlough and the pandemic.

“Performance has been distorted by Covid-19 related restrictions, and the third quarter’s rebound does not fundamentally change a weak underlying productivity trend,” Howard Archer, chief economic adviser to the EY Item Club, said. The rise was driven by the uneven effect of the pandemic, as companies in low-productivity sectors such as hospitality closed and those in high-productivity sectors, including technology and finance, remained open. This created “a positive allocation effect as more productive industries now represent a larger share of the economy”, the ONS said.

Output per worker was down 7.9 per cent in the third quarter compared with a year earlier as the furlough scheme protected jobs even though the number of hours worked collapsed.

However, the pandemic has forced small businesses to improve management practices and invest in technology, raising hopes that the crisis may help to fix Britain’s long-term productivity problem.

Research by Be the Business, an industry-led campaign to raise standards and spread best practice, found that companies with between two and 250 staff “made significant changes to their business models” that “may prove to be beneficial to productivity in the year ahead”.

Poor management among small companies has been identified as a key cause of Britain’s chronically weak productivity. While the UK has some of the most productive businesses in the world, policymakers such as Andy Haldane, the Bank of England chief economist, have shown that smaller ones trail far behind and act as a drag on growth.

Be the Business was established in 2017 to address productivity shortcomings in smaller firms. Its survey of 1,500 directors, as part of a new productivity index to measure improvements, showed there had been “widespread adoption of tech as [companies] respond to the pandemic” as well as a “focus on leadership and management”.

The campaign group found that manufacturers in particular “used the pandemic to make significant changes to their business”. Two in five had launched a new product and 44 per cent intended to do so in the next year, while 31 per cent were investing in technology. Retailers had also “spent significant resources innovating over the past year and show no sign of letting up”, Be the Business said.

Overall, business decision-makers said the “ability of management within micro and small and medium businesses has increased” during Covid-19. Anthony Impey, chief executive, said: “What we saw last year was businesses choosing to or being forced to look at these areas as part of planning to survive. The fact that many want to continue with a similar focus this year is encouraging.” 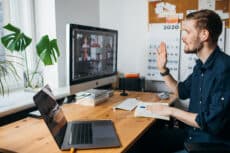