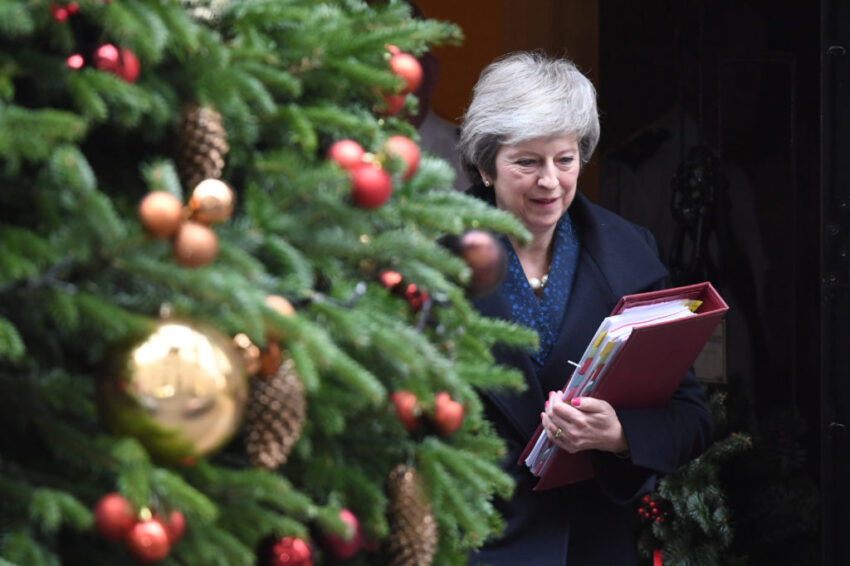 The pound strengthened on Wednesday as investors counted on the Prime Minister surviving a no-confidence vote brought against her leadership.

Fiona Cincotta, senior market analyst at City Index, said: “Currency markets were surprisingly buoyant in the wake of the no-confidence vote against Theresa May announced this morning, increasingly betting that the Prime Minister may be able to withstand the political pressure from her party and remain the leader of her party.”

In a secret ballot due later on Wednesday, 315 Conservative MPs will need to produce a 51% majority to oust Mrs May.

However, Ms Cincotta said that for months Conservative MPs have been “deeply divided on anything to do with Brexit that it is far from given that they will stand united this evening”.

“If they do, the new Conservative leader is likely to be challenged by Labour and other opposition parties with a Bremain becoming an increasingly likely option.”

In corporate news, engine maker Rolls-Royce confirmed it is pressing ahead with plans to shift design approval for large aero engines from Derby to Germany amid Brexit worries.

The group said it was in talks with the European Safety Aviation Agency over the move, which comes as part of Brexit contingency planning that has also seen Rolls begin stockpiling parts in preparation.

In its trading update, Rolls also said 2018 earnings would be in the upper half of its guidance for group operating profit of around £400 million, plus or minus £100 million, after airlines flew their planes for more hours, boosting demand for maintenance.

Shares in Superdry plunged after the clothing brand warned that its annual performance will be weaker than previously expected.

It comes amid a boardroom bust-up between the current management and Superdry’s co-founder, Julian Dunkerton, who is trying to stage a comeback at the company.

Retailer Dixons Carphone revealed plans to slash costs by £200 million after tumbling to a half-year loss following a near-£500 million hit on its mobile business and store estate.

The group’s shares dropped 14% after it swung to a £440 million pre-tax loss for the half-year to October 27 against profits of £54 million a year earlier after charges of £490 million, largely due to a writedown on the value of its Carphone Warehouse arm.