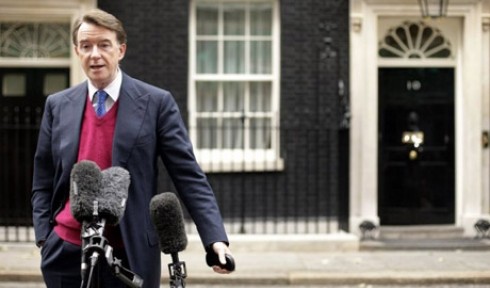 He will also play the key briefing role in the minutes and hours following the three televised leaders’ debates, the first of which is expected to be held on 15 April.

Lord Gould, who was Tony Blair’s personal pollster, will take charge of polling and also help with strategy.

Meanwhile Harriet Harman, Labour’s deputy leader, will tour the country in a role performed in previous general elections by her predecessor, John Prescott.

Ms Harman was previously reported to have coveted the role of chairing news conferences – although Labour do not during this campaign plan to make these daily events.

Douglas Alexander, the International Development Secretary, will be Labour’s election coordinator and Pat McFadden, another former Blair aide and currently Business Minister, will join him at Labour Party HQ.

David Muir and Justin Forsyth, both key strategists at 10 Downing Street, will also play significant roles in the campaign.

The high profile won by Lord Mandelson, as well as other appointments, will see Labour’s campaign characterised by Blairite figures. “We’ve got the old band together for one last gig,” a senior Labour source said.

Last time round, in 2005, Mr Blair sparked a major internal war by first choosing Alan Milburn, the former health secretary, for the position before relenting at the last minute and reinstalling Mr Brown.

Labour last week lost momentum after a good start to the year had seen the party narrow the Tories’ lead in the polls from double figures at the end of 2009 to as narrow a gap as two per cent.

However, last week an ICM poll gave the Conservatives a nine-point lead.

Lord Mandelson sparked one of the biggest political surprises in modern times when Mr Brown brought him back to the cabinet from his post as Britain’s European Commissioner in the autumn of 2008.

The two men – who had barely spoken for years – quickly re-established their political relationship, and Lord Mandelson is credited with “saving” Mr Brown’s premiership when he was hit by a spate of ministerial resignations last summer.