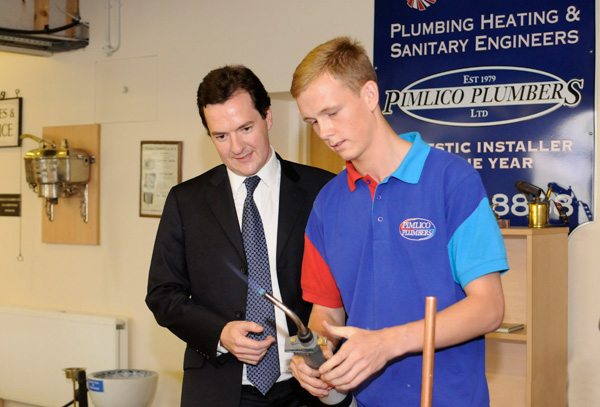 Britain’s economy would be tipped into a year-long recession if the UK votes to leave the EU, according to George Osborne.

In the latest of what Vote Leave are calling “predictions of doom”, David Cameron and the Chancellor once again turn to a Treasury analysis, which they claim shows GDP would be at least 3.6% lower if we vote to leave the EU.

Mr Osborne will call this a “DIY recession”, urging voters not to “knowingly vote for a recession”.

But his former fellow Cabinet minister Iain Duncan Smith, a Vote Leave campaigner, says the new study is “deeply biased” and “not an honest assessment” of what would happen.

Osborne, will visit a business on the south coast with David Cameron today to set out the details of the Treasury analysis.

He is expected to say: “It’s only been eight years since Britain entered the deepest recession our country has seen since the Second World War.

“Every part of our country suffered.

“The British people have worked so hard to get our country back on track.

“Do we want to throw it all away?

“With exactly one month to go to the referendum, the British people must ask themselves this question: can we knowingly vote for a recession? Does Britain really want this DIY recession?”

The Treasury has modelled two scenarios: a “shock” to the economy and a “severe shock”.

The “shock” scenario puts GDP at around 3.6% lower after two years, enough to create a recession, compared to the forecast for continued growth after a vote to remain.

There would also be a sharp rise in inflation and house price growth would be hit by 10%.

In the “severe shock” scenario – based on the premise that Britain would leave the single market and default to World Trade Organisation membership – after two years GDP would be 6% lower and there would be a further increase in inflation.

The stark warning comes on the back of alerts by the Bank of England governor Mark Carney and the International Monetary Fund that quitting would leave the UK worse off.

Responding to the Treasury’s latest report, Mr Duncan Smith said: “As George Osborne has himself admitted, the reason he created the independent forecaster, the OBR, was because by 2010 the public simply did not believe the Government’s own economic forecasts.

“The Treasury has consistently got its predictions wrong in the past.

“This Treasury document is not an honest assessment but a deeply biased view of the future and it should not be believed by anyone.

“It is a fact that we hand over £350m a week to the EU. If we Vote Leave we can take back control of that money and use it to help people here in Britain.

“We will also take back control over our economy, creating hundreds of thousands of new jobs as we do trade deals with growing countries in the rest of the world.”