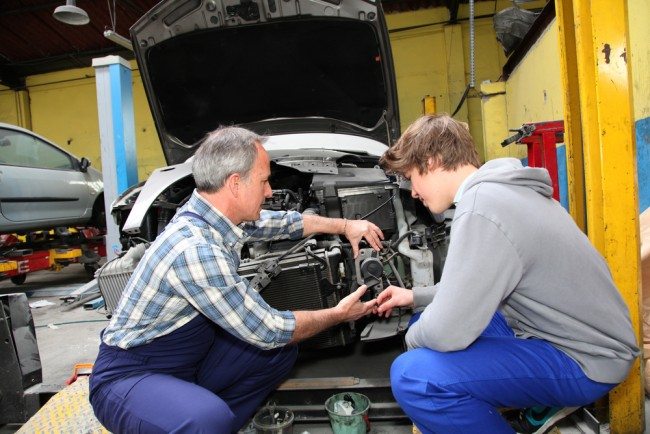 The research also revealed that the Apprenticeship Grant for Employers of £1,500 per apprentice may not be sufficient, with only 14 per cent of respondents stating that such a grant might persuade them to hire an apprentice.

A further 8 per cent stated that they have found the process of hiring an apprentice too costly in the past, with 15 per cent of respondents citing a lack of financial resources and time as stumbling blocks.

Interestingly, 54 per cent of OMBs did not think they would have enough work to keep an apprentice busy.

Apprenticeships are often hailed as a potential hiring solution for small businesses, who (because of their size) may need support with issues like recruitment and training.

David Cameron last week outlined plans of an apprenticeship levy, aiming to get more young people into quality apprenticeships in areas ranging from nuclear engineers to tailors and butchers.

Under the ‘earn or learn’ scheme, young people risk losing their benefits if they are not in full time education or working. The move came under a vast amount of criticism, with claims that young people shouldn’t be made to feel punished.

Commenting on the research findings, Tony Leahy of Bank of Cyprus UK said: “The research findings merit further investigation. Whilst small businesses instinctively understand the value of apprenticeships, there may be a perception that it entails a lot of red tape. The workload and cost involved in creating an apprenticeship programme may therefore outweigh the benefits for firms where time and money are precious commodities.”

“In addition to financial support from government, there may be benefit in tackling this perception directly. Perhaps by tailoring the promotion of such programmes to OMBs/smaller businesses and providing them with easy access to information and resources.”