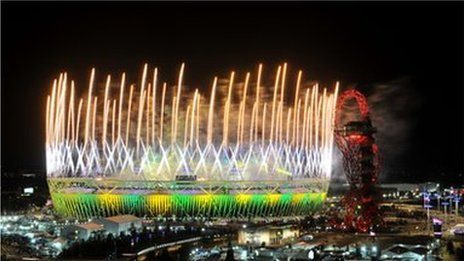 Almost one and a half million more people play sport every week and a future has been secured for all the permanent venues on the Olympic Park.

However, the report, published on the first anniversary of the Games, warned that it will be a “challenge” to create a lasting Olympic legacy of more volunteers, reports  The Telegraph.

And while the Paralympics improved public attitudes to disabled people, this has been undermined by the debate over the government’s welfare reforms, the evaluation suggested.
After the Games last year, The Telegraph launched the Keep the Flame Alive campaign to increase volunteering and return competitive sport to all schools following the success of the Olympics.

One year on from the start of the London 2012, the government published a series of studies into the Olympic legacy, and hailed figures showing that there had been a £9.9 billion boost to the economy from the Games in the last 12 months.

More contracts have been secured for British firms and more foreign investment has been made in Britain as a result of the Olympics, the government said.

The cost of the Games – estimated to be under £9 billion – will be been outweighed by the economic benefits, the government figures suggest.

One estimate suggested that the total benefit to the UK from hosting the Olympics could reach £41 billion by 2020.

Boris Johnson, the Mayor of London, said that the capital was succeeding “where virtually no other host city has” and is on course to deliver a “gold payback” to taxpayers.

“We proved the Olympo-sceptics in error when they declared that London couldn’t lay on a world class Games,” he said. “We are now set to defy the doom-mongers when it comes to securing a permanent legacy.”

David Cameron said the Games were delivering a “social legacy” as well as economic benefits.
“If you want the best, if you want professionalism, if you want jobs done on time and on budget then you should think British,” the Prime Minister said.

He said that the Games Makers who staffed the venues “changed the way Britain views volunteering”.

“Since then, thousands of people have been inspired to get involved with their local sports clubs,” Mr Cameron said.

However, one of the studies released by the government today showed that the legacy for volunteering was uncertain.

“While it is clear that the Games have created an increased interest in and awareness of opportunities for volunteering and community involvement more generally, going forward the challenge will be to maintain and build on this momentum to ensure that this enthusiasm is not lost,” it said.

The Paralympics delivered “a major improvement in the way disability was covered” in the media.

But it is “questionable” whether the improvement in public attitudes to disabled people “will last”.

There was agreement that “the improvement in attitudes was at risk of being a relatively short-term improvement” and that developments since the Games, especially in “the context of benefit reform, had affected public perceptions”.

London 2012 volunteers will be given a day of live music, comedy and performances at the Olympic Park in east London today, organised by the Mayor of London to encourage more people to give their time to good causes.