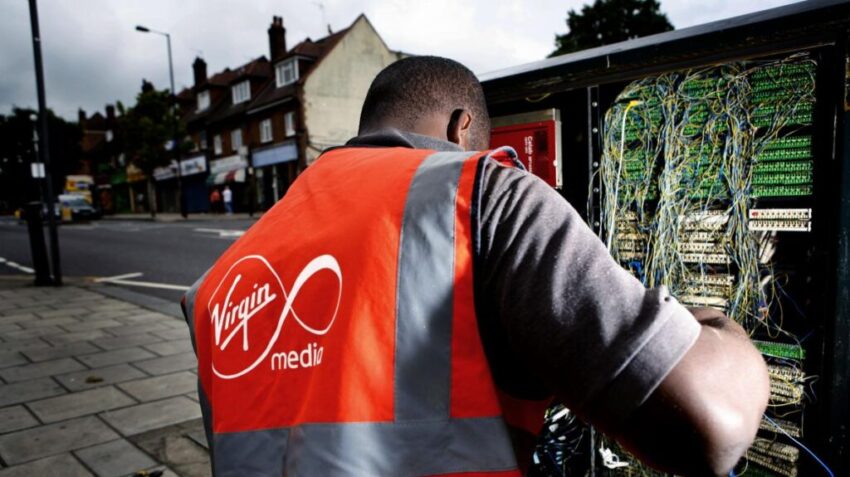 The owners of O2 and Virgin Media have agreed a £31 billion deal to merge their two UK operating businesses in a deal that will shake-up the telecoms industry and intensify competition for BT.

It creates a communications provider with more than 46 million video, broadband and mobile subscribers and £11 billion of revenue and is designed to benefit from the trend in Europe towards so-called convergence, where customers buy mobile and cable services from the same operator.

Telefonica, the Spanish owner of O2, and the New York-listed cable group Liberty Global said that the 50-50 joint venture valued O2 at £12.7 billion and Virgin Media at £18.7 million, including debt.

O2 will be transferred into the joint venture on a debt-free basis and Virgin Media would have £11.3 billion of debt.

The companies said that the deal, which is expected to close in the middle of next year but is subject to regulatory approval, is expected to generate £5.7 billion in cash for Telefonica and £1.4 billion for Liberty Global after an “equalisation” payment of £2.5 billion to Telefonica.

It is also expected deliver synergies of £6.2 billion after integration costs — equivalent to cost, capital expenditure and revenue benefits of £540 million on an annual basis — by the fifth full year after the deal closes.

The companies said that they would invest £10 billion in the UK over the next five years and combine Virgin Media’s cable network and O2’s mobile network.

José María Álvarez-Pallete, Telefonica’s chief executive, said: “Combining O2’s No 1 mobile business with Virgin Media’s superfast broadband network and entertainment services will be a game-changer in the UK, at a time when demand for connectivity has never been greater or more critical.”

The deal will create a powerful rival for BT, the former state-owned monopoly that controls Britain’s largest fixed-line network. BT also owns EE, which by most measures is the country’s biggest mobile phone business with an estimated 22 million paying customers and a 34 per cent share of the £14 billion annual mobile services market.

O2, which includes the Tesco Mobile and Giffgaff brands, has 34.5 million subscribers but this includes millions of Sim cards installed in vending machines and other connected devices. It has nearly 21 million Britons on its network and a 30 per cent share of mobile revenues, according to the consultancy Enders Analysis. O2 generated just over £6 billion in revenues last year.