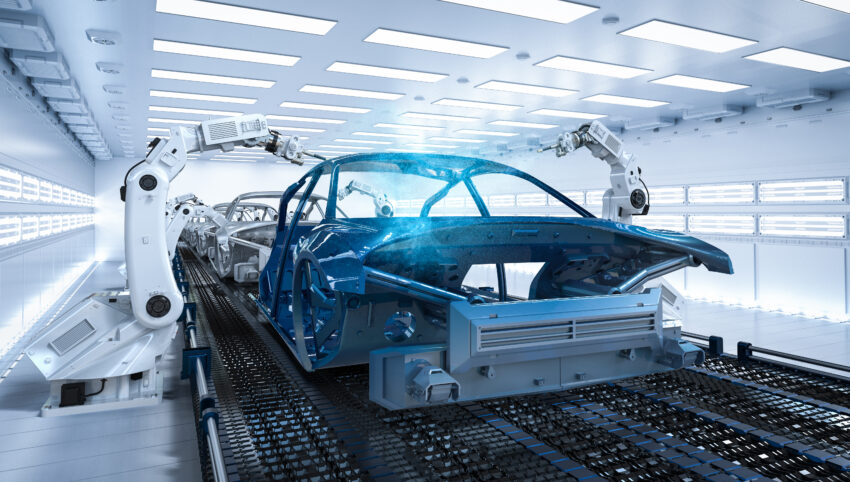 UK car production in November hit its lowest level since 1984 as Covid continued to affect supply chains, a motoring industry group has said.

Output fell by 28.7% to 75,756 units, marking the fifth consecutive month of decline, the Society of Motor Manufacturers and Traders (SMMT) said.

It called the figures “incredibly worrying”, blaming a continuing shortage of semiconductors.

The start of full Brexit customs controls could also hit firms, it said.

The UK has been short of semiconductors – which are commonly used components in cars – for the past year.

Under Covid restrictions, Asian factories have struggled to keep up with demand as economies have reopened.

SMMT boss Mike Hawes said the problem was “likely to affect the sector throughout next year”, and called for more government support.

He added the industry was as prepared as it could be for the start of full EU customs checks from 1 January, but warned any delays arising “from ill-prepared freight or systems will place further stress on businesses”.

“Should any problems arise, contingency measures must be implemented immediately to keep cross border trade flowing smoothly,” he said.

In September the UK delayed implementing post-Brexit checks on food and farming imports to England, Scotland and Wales until 1 January 2022.

Checks on goods going the other way were also postponed until the same date.

One highlight of the November figures was that electric cars continued to grow their share of overall production.

Electric, plug-in hybrid and hybrid cars accounted for 32.7% of all cars made last month, the SMMT said.