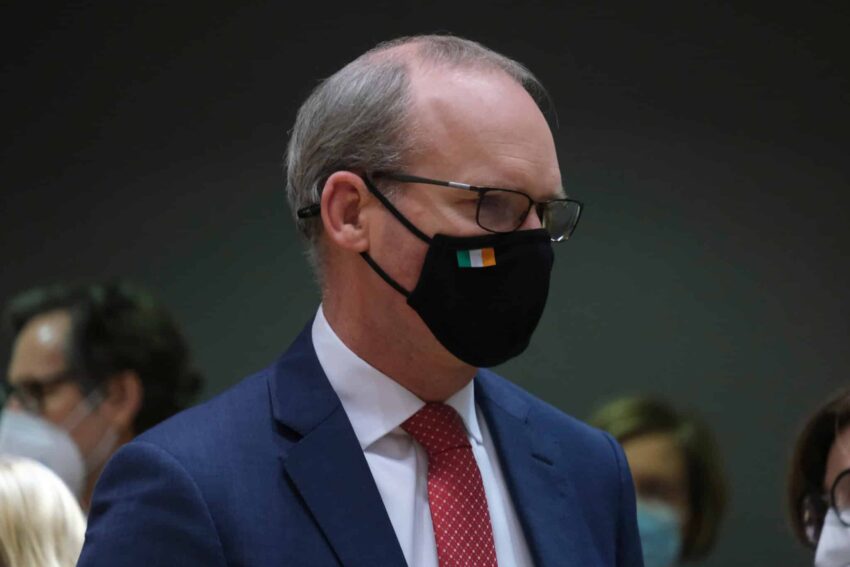 Britain and the European Union have expressed cautious optimism that an agreement is possible over the Brexit deal for Northern Ireland.

Simon Coveney, the Irish foreign minister, said that Dublin was “making the case strongly at an EU level for flexibility and pragmatism” around the Northern Ireland protocol after a meeting with British ministers.

Joao Vale de Almeida, the EU ambassador to London, said that Brussels was “turning our regulations upside down to try to find a solution to this problem”.

As part of a choreographed deal the EU is expected to grant the UK a three-month extension to the grace period, allowing processed meat such as sausages to continue to be sent to Northern Ireland after July 1.

Both sides hope that averting a so-called sausage trade war will give space to try to reach a wider agreement. One source suggested that a compromise was beginning to take shape that may bridge the divide between the two sides on what checks are needed on goods sent between Britain and Northern Ireland.

Under the protocol Northern Ireland remains within the single market and customs union and must abide by EU rules while Britain can diverge. This has led to demands from the EU on checks on goods crossing the Irish Sea, which the UK says are disproportionate to the risk they pose. However, both sides are said to be keen to try to bridge the gap with a compromise that can be “sold” to unionists by Sir Jeffrey Donaldson, the new DUP leader.

Speaking after a meeting of the British-Irish intergovernmental conference in Dublin, Coveney said he hoped to see progress on the request from the UK for a “modest extension to the grace period for chilled meats”.

Giving evidence to MPs, Vale de Almeida added: “I’m encouraged by very recent developments. The fact that the UK decided not to opt for unilateral measures regarding some aspects of trade is encouraging [and] allows me to feel encouraged by possibly a new, more constructive climate in our relations.

“What we didn’t like to see was unilateral action in breach of what we had agreed — I hope that is behind us now.”

George Eustice, the environment secretary, said that talks with Brussels on extending the grace period were heading in the right direction.