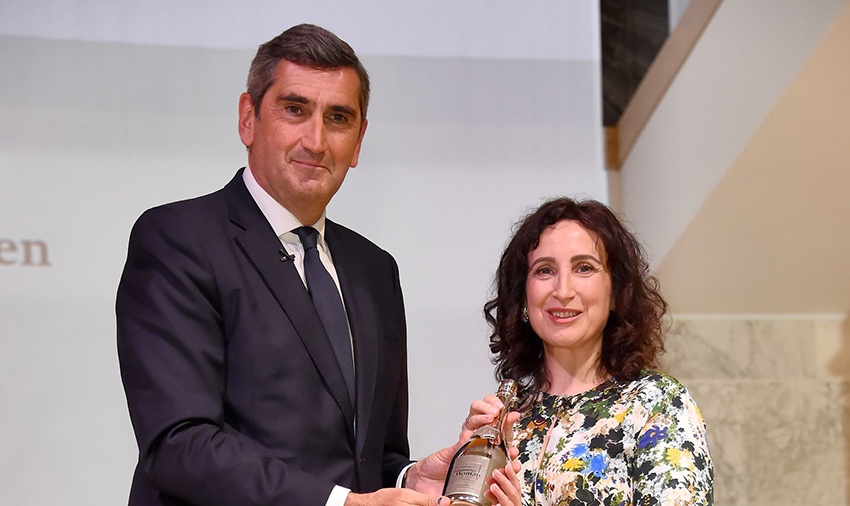 The Bold Woman Award by Veuve Clicquot is a modern evolution of the 48-year-old Business Woman Award; the first and longest-running international award of its kind. The winners will be announced at an award ceremony in London, May 2020.

According to the first international barometer on female entrepreneurship conducted by Veuve Clicquot in 2019, 53 percent of females in the UK think “being an entrepreneur is a wonderful experience” but only 19 percent of them become one.

It is clear that structural and psychological barriers are still the main challenges facing women today, therefore the need to unite and give visibility to bold female trailblazers is still essential. The same report shows that 64% of women feel that female entrepreneurs are inspiring. Yet only 25% of them can name a successful female entrepreneur.

The awards continue to take inspiration from a woman whose tenacity and creativity led to entrepreneurial success, Madame Clicquot. In 1805, at the age of twenty-seven years old she went on to revolutionise an entire industry, despite a lack of female role models and combatting numerous obstacles she took the Veuve Clicquot brand to the successful champagne house we know today. A massive achievement in a time when women couldn’t open their own bank account, let alone independently own or run businesses.

The award celebrates female entrepreneurship and leadership, it counts Liv Garfield, CEO at Severn Trent, and Jo Whitfield, CEO of Co-op Food, as past winners. It is awarded to those who share the same qualities as Madame Clicquot: her enterprising spirit, her courage and the determination necessary to accomplish transformation of her field.

The new Bold Woman Award aims to be more representative of female leaders today by recognising women that have a track record of success within their organisation and personal achievements, but also actively inspire other women to follow in their footsteps. It is open to women leading all types of organisations including private, charity and not-for-profit.

The Bold Future Award is a modern evolution of the New Generation Award, which was introduced in 2013 to celebrate innovative female entrepreneurship. Past winners include Poppy Gustafsson OBE, co-CEO of Darktrace, and Stephanie Alys, Founder of MysteryVibe.

No longer bound by an upper age limit, it is open to female founders of organisations which have been running for less than three years. The winner of the Bold Future Award will emulate Madame Clicquot’s values of innovation, audacity, fearlessness and drive to act in the moment to optimise a gap in today’s market, by bringing a new offer to market or revolutionising the face of the market itself.

Social responsibility is a core tenet of modern business and as such nominees for both categories must be able to show tangible evidence of positive social, ethical or environmental impact or activities.

Veuve Clicquot owes its extraordinary reputation to a remarkable modern woman: Madame Clicquot. Married in 1798 to François Clicquot, owner of a Champagne business, and widowed at 27, she took control of the business. Madame Clicquot demonstrated her innovative spirit in 1810 by producing the first vintage wine of the Champagne region and later invented the first “riddling table” in 1816, as a way to clarify Champagne.  Adopted across the Champagne region, this method is still used today by all Houses.

To nominate someone for an award please visit https://www.veuveclicquot.com/en-gb/bold-by-veuve-clicquot/nomination. You will find detailed criteria for each award and online application forms.