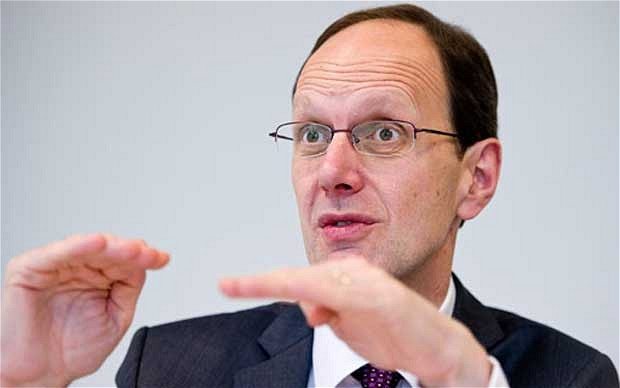 In its latest economic forecast, the employers group warned that borrowing in 2014 would reach £112.5bn – £10bn more than in its November outlook. By comparison, the Treasury predicted in November 2010 that borrowing would have fallen to just £35bn in the year to March 2015, reports The Telegraph.

Taken together, borrowing for 2012, 2013 and 2014 will be £21bn more than the CBI predicted just three months ago. The increase was largely due to weaker growth than forecast last November.

Yesterday, the CBI downgraded forecast growth this year from 1.4pc to 1pc, but left 2014 unchanged at 2pc.

Despite the downgrade, the CBI said it expected “a triple dip [recession] to be avoided” as the economy expanded slowly in the first three months of the year. With trade, manufacturing and business investment expected to pick up in the months ahead, John Cridland, the CBI director general, added: “We are beginning to see the return of organic growth.”

However, households will feel the squeeze for a third successive year as average earnings grow at 1.7pc in 2013 against inflation of 2.6pc, the CBI warned. It will not be until 2014 that earnings and inflation equalise. The employers group was more optimistic about jobs, though, saying that unemployment will fall by 40,000 this year.

Mr Cridland stressed that business remained supportive of the Chancellor’s austerity measures, but that there was scope to boost infrastructure investment by diverting funds from current spending, such as welfare. “We are not advocating more borrowing to invest in capital,” he said.

He again noted his disappointment at Government efforts to encourage private sector investment in public sector projects. “The Government’s efforts have not had the momentum and urgency that I’ve been looking for,” Mr Cridland said. “I don’t think there are any big levers on growth that the Chancellor has not pulled. We just want them pulled with a bit more elbow grease.”

Economists have warned that the UK’s soaring borrowing would threaten the AAA credit rating, but Mr Cridland would not be drawn on the issue. David Muir, the CBI’s principal economist, said: “Perhaps too much significance is attached to the judgments of the rating agencies.”