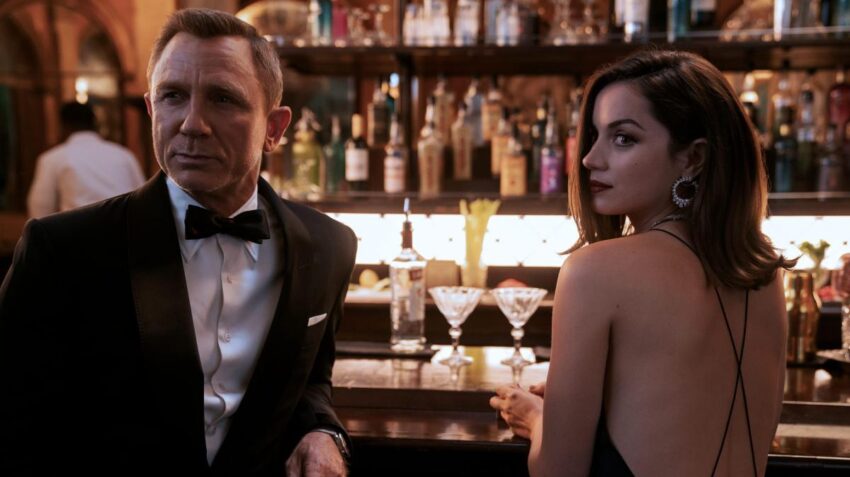 In his 007 swansong No Time To Die, Daniel Craig is tasked with saving the world from a fictional contagion.

If reports are to be believed, the tougher mission has proved to be protecting his film from a virus that is very much a real one.

Craig’s acclaimed final outing as James Bond is the most successful Hollywood film of the year. After grossing more than $730 million at the global box office, it is the top performing film of the coronavirus pandemic, which posed an existential threat to the industry by closing cinemas for months on end and wiping the release calendar clear.

However, the film, which was released in September, may still end up losing money, according to Variety magazine.

It cited industry insiders who claimed the film — which had a reported budget of more than $250 million — could lose up to $100 million in its theatrical run, thanks in part to promotional costs and the price of its 17-month postponement due to the pandemic.

Metro Goldwyn Mayer (MGM), the studio behind the film, hotly disputes the report. It points to the film’s success in overtaking car-racing action blockbuster F9 as Hollywood’s top box office draw this year.

The studio said: “Unnamed and uninformed sources suggesting the film will lose money are categorically unfounded and put more simply, not true.”

MGM praised the film’s popularity with at-home viewers through on-demand platforms and said it“will earn a profit for MGM, both as an individual film title and as part of MGM’s incredible library”.

Co-starring Lashana Lynch, Ana de Armas and Léa Seydoux, as well as Rami Malek as the biological weapon-wielding supervillain Lyutsifer Safin, No Time To Die was acclaimed by critics who praised it as a fitting farewell for Craig, who played the role in five films.

It has proven a greater box office draw than his previous 007 outings Casino Royale and Quantum of Solace, though has fallen short of the benchmarks set by Skyfall and Spectre.

That there is even speculation over the film breaking even speaks to the pandemic’s ruinous effect on Hollywood. When Covid-19 swept across the world the film industry was among the hardest hit.

Cinemas closed for months on end and stunned studios scrambled to respond, with most — including MGM with No Time To Die — delaying their films in a desperate attempt to outrun the health crisis.

The coronavirus, however, has proved to have formidable staying power. While cinemas have re-opened their doors and the box office is rebounding, films are still facing a hostile environment, with even Marvel superhero flicks not immune.

Shang-Chi and The Legend of The Ten Rings and the star-studded superhero film Eternals could also both lose money for Disney.

The Last Duel, a well reviewed historical epic featuring the combined star power of Matt Damon and Ben Affleck, has been described as a “bomb” by The Hollywood Reporter. However, rather than the pandemic, the director Sir Ridley Scott blames millennials brought up with mobile phones for the film’s under-performance.

No Time To Die’s alleged struggles are a sign of a quickly changing industry. While streaming was already on its way to conquering Hollywood, the pandemic accelerated its rise.

Netflix, which has deep reserves of content and does not need to rely on box office receipts, was able to keep feeding the insatiable appetite of its vast global audience. However, many of its rivals had to debate how long they could keep a blockbuster film on the shelf before it started to turn stale.

There were reports MGM considered selling the latest Bond film to a streaming giant during the darkest days of the pandemic. The studio has since been bought by Amazon in an $8.45 billion deal, meaning future Bond movies will arrive on the Prime Video streaming service.