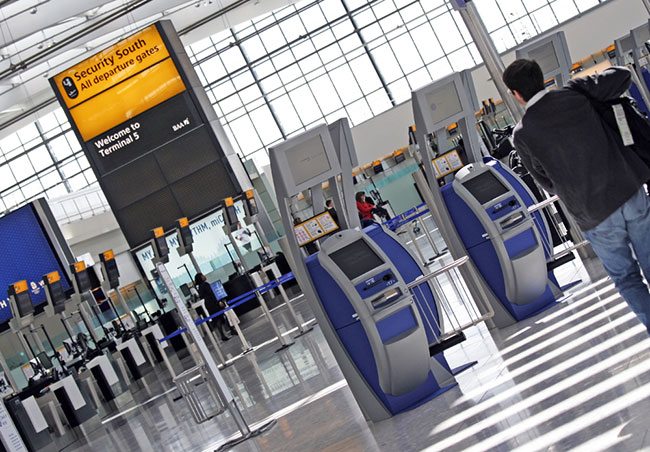 Passengers travelling from Heathrow will be able to check in and board their flight without showing a passport from this summer.

A £50 million project to install permanent facial recognition technology at Britain’s biggest airport is intended to reduce time spent passing through by up to a third as travellers will not need to show a boarding pass either. It is the biggest single deployment of biometric technology in the world.

Gatwick confirmed yesterday that it would run a second trial of facial recognition technology next month.

British Airways has said that its own shift towards biometric boarding in the United States has allowed it to reduce boarding times by half. The surveillance camera commissioner is seeking more robust regulation of the technology.

Heathrow’s system will require passengers to register for the service by linking their passport to their biometric facial information. This might involve passengers going to automated kiosks to scan their passport and have their photo taken. The system would “match” their face to the document and their travel details, so that they could then pass through the airport solely by looking into cameras.

The airport has already used facial recognition in some stages of passengers’ journeys, including on entry to Britain at biometric e-gates. However, this will be the first time that a British airport has used the technology at every stage of the departing passenger’s progress through the airport. The system will not be available to all travellers immediately.

More than 80 million passengers pass through Heathrow every year. At present they must show their passports at check-in or bag drop, security and at the boarding gate.

The airport’s management said that the long-term aim was for passengers to walk through the airport without breaking their stride. It said that facial biometrics were more accurate than manual checks and offered increased security.

Alex Macheras, an aviation consultant, said: “Major American airports already have this and Asia is light years ahead in technology. From the point of view of convenience it undoubtedly works, although customers will have concerns about how their data is protected and airports must be transparent about this.”

In the US facial-recognition systems are being introduced for all international passengers. They do not require customers to scan their passport at the start of their trip but compare faces against a central database.

A system linking to the Department of Homeland Security database is used by British Airways at three US airports and has so far processed 250,000 passengers. The US systems have unsettled some travellers. MacKenzie Fegan, a US film-maker, tweeted this week about her experience of boarding a JetBlue flight without being required to show travel documents. “Did facial recognition replace boarding passes, unbeknownst to me? Did I consent to this?” she asked.

In response, Edward Snowden, a whistleblower who leaked classified information from the National Security Agency in 2013, tweeted: “This is only the beginning.”

Facial recognition technology is being tested increasingly widely in Britain. Its potential to identify suspects at events and in the street is being examined by the Metropolitan Police and the South Wales force.

Tony Porter, the surveillance camera commissioner, said: “The scope for the private sector to provide enhanced services to their customers using facial recognition is immense. The momentum of the pound pushes forward this debate in the absence, arguably, of a robust regulatory or legislative regime.

“The problems are that its use can be seen as very intrusive; people may not know it is being used, and [images] may be compared against ‘watch lists’ the compilation of which may be opaque. We need standards, operating protocols and transparency regarding its use.”

Mr Porter, who was appointed in 2014 to encourage compliance with the Home Office’s surveillance camera code of practice, has called for an update to the guidelines to take into account facial recognition.

After complaining in a blog post last month of “glacial” progress in discussions with the Home Office he told The Times that some progress had been made and he expected an updated draft to be ready in the next few weeks.

Heathrow says that it will not ask customers for data they do not already share while travelling and they can choose not to use facial recognition.