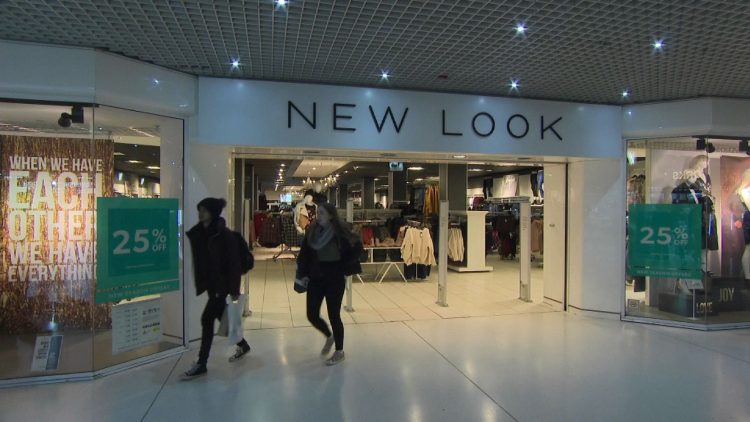 New Look will close 60 UK stores and cut 1,000 jobs after creditors approved a restructuring plan for the retailer.

The stores will close within 12 months and some staff may be redeployed.

The turnaround plan will cut the fashion chain’s rents by between 15 per cent to 55 per cent across its remaining 393 stores and it is the latest big high street name to seek help following the demise of Toys R Us and Maplin last month.

Executive chairman Alistair McGeorge said it was a “tough decision” to seek a company voluntary arrangement (CVA) but was necessary to restore the chain to profitability.

“It is clear we need to reduce our fixed cost base. We are therefore pleased to have gained the support of our creditors to address our over-rented store estate,” he said.

“The CVA is one of a number of necessary actions we are taking to get the company back on track.”

The restructuring is part of Mr McGeorge’s strategy to reduce costs and refocus the brand on its core 25 to 45-year-old customers.

New Look is just the latest High Street brand facing a survival-of-the-fittest battle with rising costs and consumer spending that has been squeezed by inflation and stagnant wages.

On top of that New Look overstretched itself with nearly 600 stores across the UK, an unsustainable weight of debt, and a faltering strategy to attract younger consumers.

Mr McGeorge, who ran New Look between 2012 and 2014, was brought back in November as the firm’s sales tumbled.

He cancelled a plan to move the company’s headquarters to Kings Cross and decided it should change tack. Rather than stocking items aimed at younger, more fashion-conscious consumers, he thought it should refocus on selling cheaper, “back-to-basic” items with broader appeal.

But New Look’s biggest problem will remain the “obscene” number of shops its still runs with the associated costs, says Charlotte Pearce, analyst at Globaldata.

“A 10 per cent cut isn’t enough,” she says. “I don’t know any other retailer that has such a huge store base.”

When Mr McGeorge left New Look in 2014 the brand had 2.6 per cent of the UK clothing market. Since then its fallen to below 2 per cent.

An agreement from landlords to renegotiate rents is a start. “It’s a step in the right direction. It just doesn’t go far enough,” Ms Pearce says.

“They need to keep rationalising and cut the store base in the long run. That’s how retail is going. It’s about getting the right stores in the right locations.”

But New Look faces other challenges in the form of rising costs. Richard Lim, at the consultancy Retail Economics estimates operating costs for retailers rose by 3 per cent last year thanks to the fall in the value of sterling and rising business rates.

At the same time consumers continued to shift their spending onto leisure activities like cinema visits and eating out.

While some online brands successfully lured younger consumers to their sites, New Look’s online sales were also sharply lower. And on the High Street where they were supposed to hold sway, they faltered.

Mr Lim says the obvious comparison is with Primark.

“Primark has been successful without any online presence. That shows the strength of their proposition, that they’re standing out in market and driving their customers into physical stores,” he says.

“New Look hasn’t been able to reach out in the way Primark has with its in-store presence or keep up with the more nimble online retailers like Asos and Boohoo.”