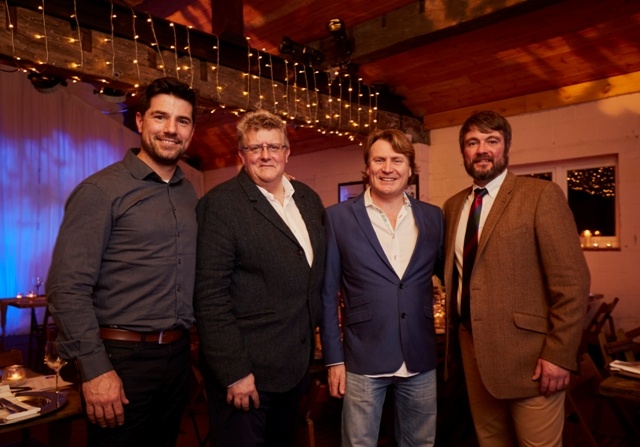 Up to £40,000 a year will be available to help aspiring individuals or groups achieve their ambitions following the launch of a new charitable foundation.

The Everest Lewis Golden Foundation, which was officially launched on 22 February by home improvement company Everest, will select one ambitious candidate to sponsor every quarter. The Foundation will provide financial support to help the chosen applicant fulfil an extraordinary talent or personal challenge, with a total of £40,000 funding available each year.

Applications for the spring 2018 round are now being invited and must be submitted by 6 May, with the winner due to be announced on 20 May.

The Foundation has been named in honour of one of the company’s founders, Lewis Golden OBE, who passed away in late 2017. A war veteran, accountant and philanthropist, Lewis Golden was an active and energetic member of the community who embraced every opportunity, striving throughout his 94 years to achieve success and support others.

The Everest Lewis Golden Foundation was officially launched by TV and radio presenter Craig Doyle, who has featured in Everest’s adverts for the past decade.

Speaking at the launch event, Craig Doyle said, “Lewis Golden is such an important part of Everest’s history. He used to say that you don’t need to try to do something new, you just need try to be the best at what you’re doing, and that’s why being your best is a fundamental part of Everest’s ethos. It’s in the company’s DNA to help others get to the top of their game too, assisting them in fulfilling their challenges and dreams. The Everest Lewis Golden Foundation brings together Everest’s charitable nature and passion for being the best, providing the support so often needed to help people achieve their greatest ambitions.”

Everest’s Marketing Director, Martin Troughton, added, “We at Everest are enormously proud that our founder Lewis Golden’s inspiring legacy of success and philanthropy will live on through the Everest Lewis Golden Foundation. The Foundation will provide support to help people do something exceptional, be the best they can be, and inspire others along the way. Although Everest has long supported deserving charities and helped ambitious individuals to achieve their goals, the Foundation really formalises our commitment to supporting such inspiring causes in the future.”

One of the guests at the launch was ex-serviceman Leslie Binns, who was sponsored by Everest last year in his second attempt to reach the summit of Mount Everest. He had abandoned his first attempt the previous year just 500 metres from the top to help two other climbers who were in danger.

Leslie commented, “When I heard about the Everest Lewis Golden Foundation, I was truly amazed. Not only by its purpose of helping to fund the challenges and dreams of people like myself, but also the history associated with Lewis Golden OBE. As an ex-soldier myself I can relate to him and the fact that you can push yourself beyond your limits and achieve the best.

“I think that somewhere, deep down in all of us we are capable of great things, no matter where you’re from or what your background is. There are many physical and psychological hurdles that can get in the way but most of these can be overcome. Sadly many of our dreams to achieve greatness will be stopped in their tracks without funding. That’s why the Everest Lewis Golden Foundation is such a great opportunity for those wanting to push themselves further. In my case, if it wasn’t for the support that Everest offered then the expedition would certainly not have gone ahead. For that gesture, and for their kindness and support, I will be eternally grateful to Everest and its staff.”

Further details about the Everest Lewis Golden Foundation and an application form can be found at www.everest.co.uk/lewis-golden-foundation/