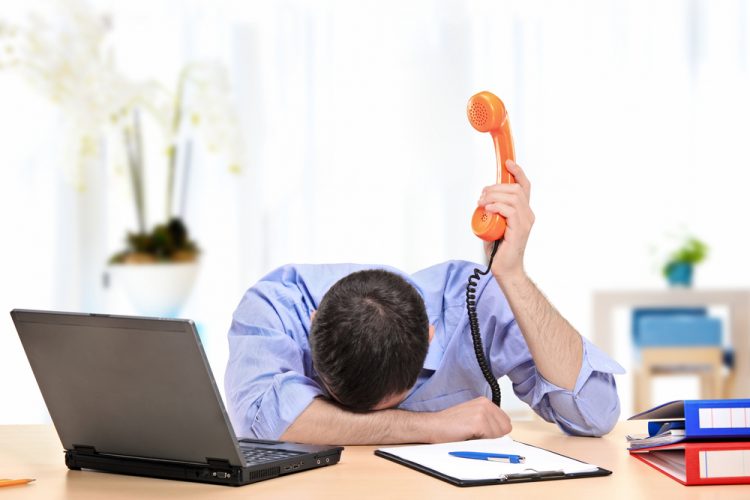 A new survey brings to light the attitudes of employees across Europe, sparking concern for business leaders.

The survey shows that 33 per cent of UK workers have gone as far as looking for a new job due to frustrations around operational efficiency.

The Digital Work Survey 2018, commissioned by the work management platform company, Wrike, surveyed workers from across the UK, France and Germany. The findings highlight frustrations over inefficiencies at work and the worrying impact this is having on how engaged, productive and happy employees are in their roles.

Wrike wanted to understand the knock-on effect of operational inefficiencies on workers, and ultimately businesses.

Nearly a third of UK workers say that they have become disengaged due to inefficiencies at work. Of those who were feeling most stressed, 66 per cent said that over the last two years they’ve seen increased expectations around the speed at which they must deliver work.

Added to that, 59 per cent of all UK workers said that their workload had gone up since 2016, with a negative impact on stress levels -69 per cent said it had increased.

With an ever-increasing workload and a seemingly endless desire to have worked completed ‘yesterday’, what are the reasons UK workers are citing for their frustrations? Well, no clear direction on projects or tasks plus having to use slow or outdated technology are some of the leading causes according to the employees surveyed.

In addition to these functional frustrations, 50 per cent of the most stressed UK workers said that they felt undervalued by their boss, despite the fact that 67 per cent of them are doing more hours in the office, 46 per cent are working more on weekends and 56 per cent are taking fewer breaks.

47 per cent of the most stressed respondents believed, given the opportunity, they could do a better job than their managers.

Andrew Filev, founder and CEO of Wrike comments: “Demands on businesses to offer top-rate services or products, personalised to individual requirements, and delivered in real-time are the reality of today’s business environment. It’s down to leadership within companies to figure out how to keep up with these demands without burning their employees out. We need to find solutions that are relevant to today’s market, with new processes that suit customer demands, and use the powerful technology available to us.”

Of UK workers who’ve admitted to looking for another job, 81 per cent also experienced rising stress levels (this figure was 77 per cent in France and 76 per cent in Germany) suggesting there is clearly an emerging issue that needs addressing urgently.