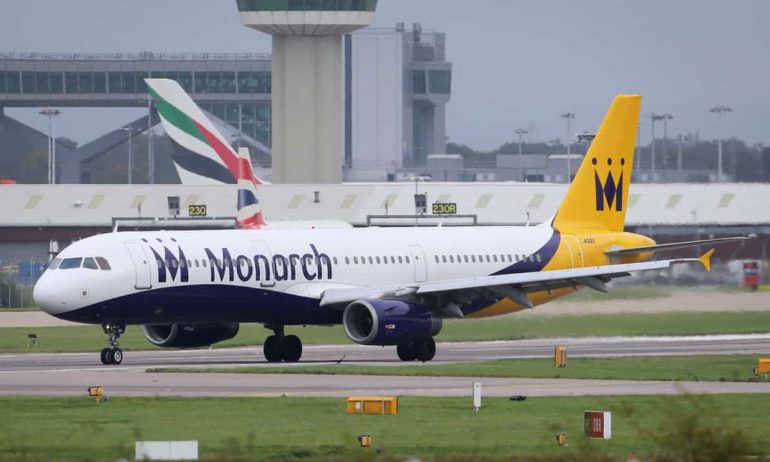 Monarch Airlines chief executive praised the carrier’s owners Greybull Capital for their courage in buying the stricken airline in 2014 and apologised to suppliers who will be left out of pocket.

In a message sent to staff at 4am this morning immediately after confirmation that the airline is insolvent, Swaffield said it was an update he hoped he would never have to write.

The airline has battled to stay afloat since it was sold to Greybull and Swaffield said it has been hit by factors outside of its control including terrorism in Tunisia and Turkey. This saw a £160 million drop in revenues.

He confirmed that the carrier had been looking to offload its short-haul operation and pivot to become a long-haul carrier but no viable deal had been put on the table by the time its Atol licence came up for renewal.

Swaffield said: “We are working with the joint administrators and the CAA to do everything we possibly can to help minimise disruption where we can, but are under no illusion as to the problems this will cause.

“And many suppliers will suffer hugely as a result of our insolvency – for which I am equally sorry.”

Swaffield’s letter to staff in full:

This is the update I hoped I would never have to write. Despite our best efforts, today Monarch Airlines Limited and Monarch Travel Group (Monarch Holidays) are ceasing operations and going into administration.

Soon you will hear from the administrator, KPMG, who will now be running these two entities in administration and will explain what this means for all of us who work for either company.

Please note that Monarch Aircraft Engineering Limited continues to operate normally and is not entering administration.

Our owners, Greybull Capital, showed great courage when they bought us in 2014 and have provided us with continuous support. We had a turnaround year in 2015.

But since then, outside influences have badly affected us. Since 2015 we’ve seen yields collapse by a quarter, resulting in £160 million less revenue.

This has especially affected Spain and Portugal which is 80% of our business. This year the airline is carrying 14% more passengers than last year for £100m less revenue.

The root cause is the closure, due to terrorism, of Sharm-El- Sheikh and Tunisia and the decimation of Turkey.

Despite these challenges we managed to cut £40 million out of our cost base by reducing overheads and being more efficient and wasting less, however the yield reductions have turned our airline from one that made £70 million profit in 2015 to one that made a £60 million loss in 2017 and was scheduled to lose over £100 mililon in 2018.

We asked a respected aviation consulting firm to review how we could improve our short haul network and they came to the conclusion that it was pretty much out of our control.

At the same time we built our long haul plans and asked them to validate these plans, which they did, and agreed that they were attractive and viable.

The next challenge was how to pivot our airline from short haul to long haul to reduce losses. We decided to ask KPMG to run a sales process to see if anyone would be interested in taking on all or some of our short haul operations or assets.

This would have allowed us as Monarch to start long haul flying in spring of 2018. Regrettably although there was considerable interest, there was no deliverable offer, and so we have run up to the 30 September Atol renewal deadline without a viable plan for the next twelve months and the CAA has understandably been unable to license us.

As a consequence of this we lost any prospect of avoiding an insolvent liquidation and have been left with no option but to file for insolvency and cease operations.

Unlike many other countries, the UK does not offer a viable insolvency track for airlines to keep operating during administration and so we were forced to cease operations.

Millions of customers have flown and holidayed with Monarch over the last 50 years. I am so sorry that thousands now face a cancelled holiday or trip, possible delays getting home and huge inconvenience as a result of our failure.

We are working with the joint administrators and the CAA to do everything we possibly can to help minimise disruption where we can, but are under no illusion as to the problems this will cause.

And many suppliers will suffer hugely as a result of our insolvency – for which I am equally sorry.

Many of you have spent years working for this company and I want to thank you again for your service and loyalty. I am truly sorry that it has ended like this.

You can all hold your heads up high and be proud of what you achieved at Monarch. It has been a company that has cared for its customers and which has been like a family for many people for five decades. I cannot tell you how much I wanted to avoid this outcome and how truly sorry I am.

I wish you all well in your future careers and hope you will all retain a fond memory of the spotty M and all it stands for.

The MAEL team will be doing everything possible to ensure that our engineering business survives and prospers and carries forward the Monarch name with pride and dedication to professionalism and service.

Thank you and I wish you well, wherever you are based.