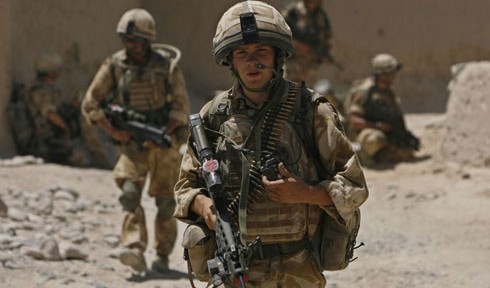 The Federation of Small Businesses (FSB) is calling on the MoD to overhaul how it engages with small firms. There are 9,000 small businesses which operate in the defence sector. But it is claimed that 90% of defence exports are won by the 20 largest UK companies, the FSB said.
The MoD said small and medium-sized enterprises were vital to its business, however this report will provide it with uncomfortable reading.
“One of our key aims is to improve SME access to public contracts. We welcome the FSB contribution to the debate and will consider it thoroughly as we draw together our White Paper later in the year,” said Peter Luff, Minister for Defence Equipment, Support and Technology.
In its report, the FSB argues that if the MoD engaged better with small firms to make procurement opportunities fairer, it could both help save money and provide a better level of service than the multi-ntaional’s which currently hold the lion share of current contracts.
Whilst this report is focused on defence procurement, the FSB has suggested that: nearly three-quarters of small businesses rarely or never bid for government work and that  more than half of small businesses feel that the process of tendering for government contracts requires more time and resource than their business can allow or afford
on average, small businesses find the private sector easier to sell to than the public sector.
“There has long been an issue for small businesses when it comes to accessing public sector contracts, and the defence sector is even harder to get into,” the FSB said.
This is because the sector is unique as it is dominated by the government through a variety of roles such as regulator, owner, controlling shareholder, funder of research and development, as well as principal customer.