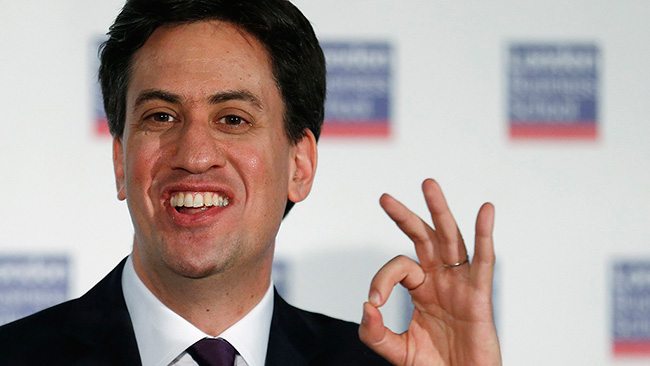 The move prompted claims that the Labour leader was worried about upsetting his party’s ‘union paymasters’.

In a special Election edition, the magazine of the respected Association of Independent Professionals and the Self-Employed (IPSE) carries tributes from nearly every major party leader to people who work for themselves.

But while David Cameron, Nick Clegg, Nigel Farage and Nicola Sturgeon all feature, there is no message from Mr Miliband.

Instead, the magazine has pointedly published a blank page where his contribution would have been – with a sharp rebuke. It reads: ‘Despite repeated requests, Labour leader Ed Miliband decided not to take up IPSE’s offer to outline his views on the UK’s 4.5 million self-employed.’ 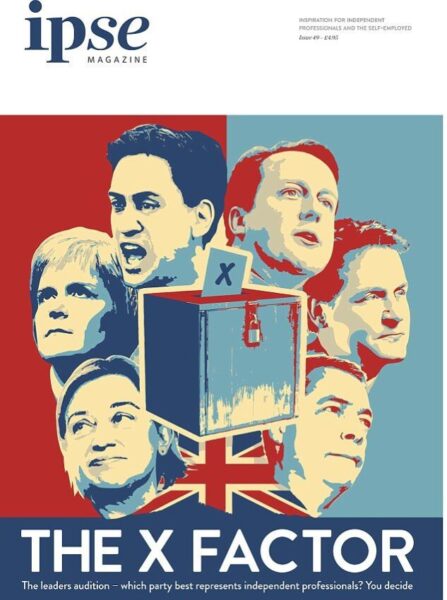 Last night, IPSE chief executive Chris Bryce said: ‘We were disappointed that Mr Miliband didn’t take up our offer to engage with this vibrant community.’

Labour last night denied it had delivered a snub. A party spokesman said: ‘We want to do all we can to ensure a better deal for self-employed people.’

But the Conservatives and Lib Dems seized on the row. Tory chairman Grant Shapps said: ‘Some of our greatest success stories started with a self-employed person and an idea.

‘Ed Miliband’s approach is to snub enterprising people and tax them into the ground.’

Lib Dem Treasury Chief Secretary Danny Alexander said: ‘This is another Labour slap in the face for the millions of self-employed who bring energy and dynamism to our economy. This is a vital sector that deserves respect and admiration.