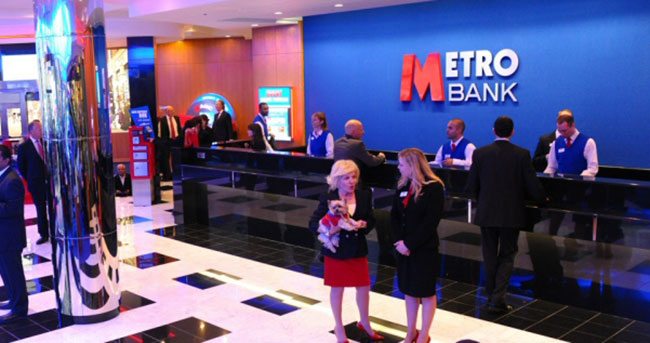 Metro Bank is attracting more small business customers as part of its drive to fill the void left by the large high street lenders.

The “challenger” bank said deposits grew to £2.3bn in the three months to the end of September – an increase of 118 per cent year-on-year. However, the bank reported a post-tax loss of £9.4m, less than the £9.9m loss posted in the previous three months.

The lender, which in 2010 was the first full-service bank to launch in a century, said business customers now represent 60 per cent of total deposits and constituted almost half of total lending in the third quarter.

Lending to small businesses is a key part of Metro’s strategy, serving small and medium-sized enterprises that have had loans rejected by the large banks.

Metro reported lending increased to £1.4bn, up from £1.2bn at the start of the quarter, representing a 20 per cent increase in the three months and a year-on-year jump of 146 per cent.

More customers joined the bank, with accounts increasing to 406,000, up 71 per cent year-on-year.

The challenger’s focus on the sector comes amid mounting pressure from the government on the big lenders to extend funding to SMEs.

Vernon Hill, the American co-founder and chairman of the bank, told the Financial Times earlier this year that Metro will be “more commercial than we are consumer”, pointing to the demand for business banking in the UK.

Metro focuses its high street network on prominent branches to increase footfall and plans on increasing from 27 branches to 31 by the end of the year.

However one of the UK’s most successful entrepreneurs has resigned from the board of Metro Bank as growing regulatory scruntiny increases the time commitment required from bank directors.

Luke Johnson, the former brains behind the PizzaExpress chain and Channel4 who now focuses his time on angel and VC investment, who joined Metro Bank’s board in 2011, is understood to have resigned in the last few weeks.

Confirming his decision, the businessman who chairs private equity group Risk Capital Partners and Patisserie Holdings, the listed company behind the Patisserie Valerie chain, told Sky News: “The time required to be a director of a bank has become too great, and I have too many other commitments to justify remaining as a director of Metro Bank.”