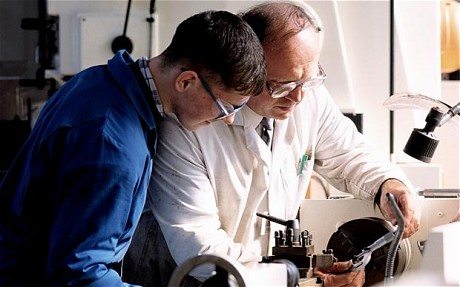 In a letter co-signed by organisations representing charity, business and public sector, they highlight that employers need certainty whilst the economy responds to Brexit and that introducing the levy now will impact already stretched budgets, especially in the charity sector. They also warn that without the levy guidance, which was due out in June, employers are unable to plan for its introduction, increasing levels of uncertainty further.

There is strong evidence that the levy in its current form could undermine apprenticeship quality by encouraging some employers to invest in intermediate level apprenticeships at the expense of advanced and higher level programmes.

The group also argue that the Digital Apprenticeship System (DAS) does not allow for the range of requirements that the signatories have called for. Specifically the mechanism to transfer vouchers to other organisations will not be available within the first year.

Caron Bradshaw, Chief Executive of Charity Finance Group who co-ordinated the letter said: “This is the crunch point for the apprenticeship levy. If the government decides to push ahead with the existing timetable we will see vital charitable funds being redirected away from the causes which they were intended to support. The sector has only recently come out of recession and will not be immune to the economic challenges that Brexit threatens. History has shown that in times of economic uncertainty demand on charities’ front line services increases, we cannot therefore risk losing vital funds through a policy that, in its current form, will not support our members to achieve their charitable objectives.

“The government would be taking the responsible path in delaying the levy and taking the time to engage with charities and other employers, who have already proposed solutions to some of the challenges presented by the levy, on how it could work to genuinely improve skills across the British economy and help support young people into meaningful employment.

Peter Cheese, CEO of CIPD, said: “In its current form, the levy will undermine overall apprenticeship quality and wider investment in the skills. The Government needs to delay its introduction and engage with employers across all sectors to ensure that it will genuinely improve skills and productivity across the economy.

“While we share the ambition of the Government to increase the number of apprenticeships, the levy is a blunt instrument providing employers with a ‘one size fits all approach’ to training, forcing many larger employers to make a net contribution to a scheme that our research shows will suit only relatively few. Given the economic uncertainty caused by the vote to leave the EU, I believe it is imperative that the Government delay its introduction and look again at how it will work.”

Antony Walker, deputy CEO, techUK added: “In the wake of the EU Referendum it matters more than ever that we get the Apprenticeship Levy right.  In both design and delivery the Levy has to work for and not against the needs of the most dynamic and innovative businesses in the UK. The Government must work more closely with industry to ensure that the Levy it is fit for purpose.”