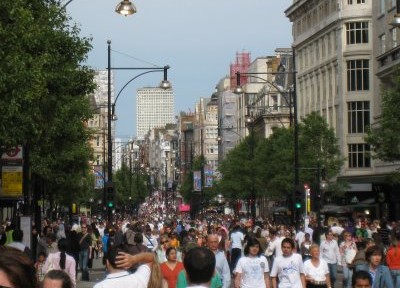 Stephen Robertson, Director General, British Retail Consortium, said: “As the relentlessly difficult underlying conditions continue to make trading tough for retailers, any temporary boost is of even greater importance and retailers had plenty of reason to celebrate the eventual arrival of summer at the end of May. Much of the month’s positive performance can be attributed to spending in the final week when consumers responded enthusiastically to the sun coming out.

“It’s likely the prolonged wet period helped create pent-up demand and people also felt more relaxed about their spending as the sun created a feelgood boost. Small numbers of customers buying jeans and knitwear in the first weeks of May became many more people purchasing skirts, shorts and swimwear by the end of the month. Womenswear had its best growth this year, while garden centres enjoyed a boom in the number of people investing in new lawnmowers to tackle overgrown grass.

“The performance of food retailers was more consistent across the month but again there was a marked change in the type of products customers were buying. Retailers will be hoping the boost continues, sustained by this summer’s celebrations and sporting events.”

Helen Dickinson, Head of Retail, KPMG, said: “Retailers are hoping that the Jubilee celebrations will have helped to pull out them of the mire, but a short-term patriotic spending spree will not overcome the underlying difficulties facing the industry – which remains under pressure from a combination of declining consumer confidence and squeezed incomes.

“After a dismal April, May was a much better month and many retailers will be breathing a small sigh of relief. No sector put in a star performance, but a focus on spending on children was evident and childrenswear saw a double-digit uplift in sales. Businesses in the home-related sectors, where good weather runs counter to strong performance, found the going much tougher. Those not selling big-ticket home-related items are hoping the sun stays out all summer long.”