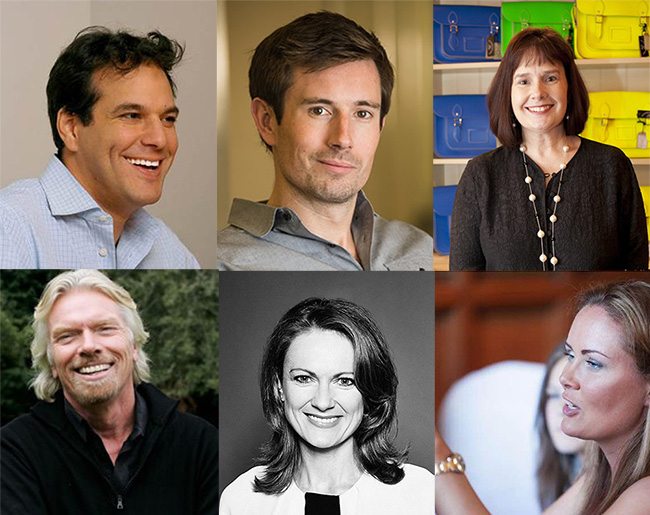 A diverse and vibrant array of established entrepreneurs feature in the inaugural 100 list, highlighting the strength and tenacity of modern British entrepreneurialism. Those featured in the list included:

Julie Deane creator of The Cambridge Satchel Company who is committed to preserving British manufacturing by taking on apprentices and encouraging young people to embrace craftsmanship.

Sir Charles Dunstone, founder of The Carphone Warehouse and chairman of TalkTalk Group who is also Chairman of The Princes’ Trust Enterprise Fellowship.

Andy McLoughlin, co-founder of Huddle, one of Europe’s most awarded and well-known technology start-ups.

Brent Hoberman, co-founder of PROfounders Capital, however more famous for co-founding LastMinute.com with

Dale Murray, a successful entrepreneur, award-winning business angel investor and experienced non-executive board director, British Angel Investor of the Year in 2011 and honoured with a CBE in June 2013.

These, and many more joined one of Britain’s best-known entrepreneurs; Richard Branson whose wide means of support for entrepreneurs includes Virgin StartUp, a non-profit company offering financial support and business mentoring to thousands of young businesses.

The search for the prestigious Maserati 100 was launched at the end of last year as part of the Italian car brand’s centennial year celebrations. In partnership with the Centre for Entrepreneurs members of the business community were invited to nominate the individuals who they felt should be recognised for their support of the next generation of entrepreneurs.

Whilst almost half of those included in the list originate from the technology sector, the rich diversity of British entrepreneurs means that the other half comes from a variety of sectors including fashion, food and drink, travel, events and sport.

The full one hundred names of the people who make up the Maserati 100 list can be found on the dedicated website: www.themaserati100.co.uk

Luke Johnson, serial entrepreneur and founder of the Centre for Entrepreneurs said, “Entrepreneurs have long been celebrated for their role as job creators – indeed UK entrepreneurs have created more jobs in the past five years than the rest of the EU combined – but their deep commitment to helping others often goes unnoticed. The Maserati 100 exemplifies the economic and social value of entrepreneurs; growing the economy, creating jobs and helping the next generation do the same.”

Peter Denton, Region Manager, Maserati North Europe said, “Maserati was born from the entrepreneurial spirit of five brothers 100 years ago. Today, the Centre for Entrepreneurs actively encourages and supports that same drive and ambition. It is important to recognise the valuable work Britain’s entrepreneurs are doing for the country’s economy, which is why ‘The Maserati 100′ acknowledges those established names who are now generously giving their time and resource to support the next generation of business founders.”