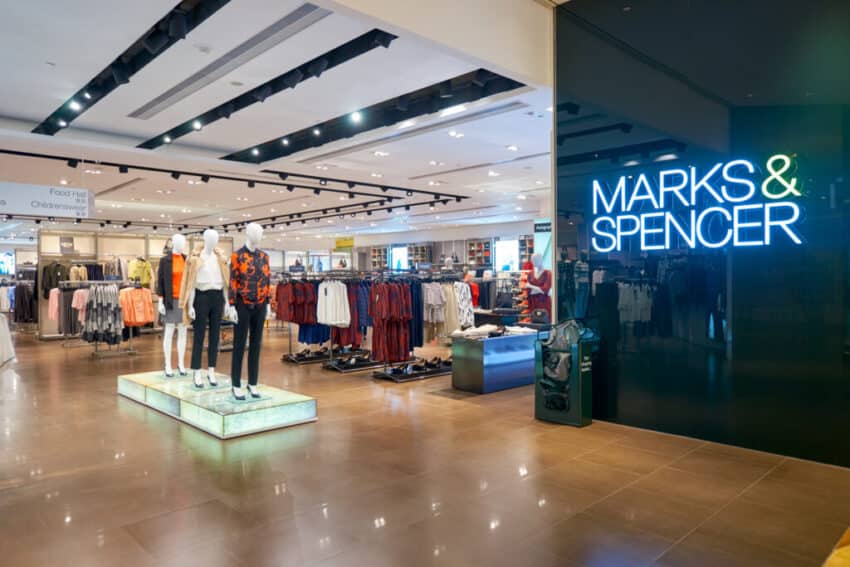 Marks & Spencer is to step up store closures after diving £201.2m into the red as clothing and homeware sales slid by almost a third during the high street lockdowns.

Food sales rose by 1.3% at established stores in the year to 3 April, a lower pace than many rivals, as M&S missed out on the shift to online groceries for most of the year until it launched a delivery service with the specialist Ocado in September. Sales were also affected by the closure of the retailer’s cafes and a decline in the demand for takeaway food, such as sandwiches, with many people working from home.

UK shoppers return to supermarkets as online spending slows
Read more
The company plans to increase its capacity to sell groceries online by 50% over the next 18 months as its products now make up more than a quarter of the average order on Ocado.

The group increased online sales of clothing and homewares by almost 54% but that was not enough to offset the 56% slump in sales on the high street, where most stores were unable to fully operate as part of efforts to control the spread of Covid-19.

The group’s full-year pre-tax loss of £201.2m, after almost £117m of restructuring costs and £95m on store closures, compared with a profit of £67.2m a year before. The loss came despite M&S holding on to £175m in business rates relief and £131.5m in furlough payments from the government.

Steve Rowe, the chief executive, said: “In a year like no other we have delivered a resilient trading performance.” He said the group had fixed the basics and now had the right team in place to “accelerate change in the trading businesses and build a trajectory for future growth”. He added: “We now have a clear line of sight on the path to make M&S special again. The transformation has moved to the next phase.”

In the six weeks since 3 April, during which non-essential stores have reopened across the UK, M&S said overall trading had been ahead of two years ago, prior to the pandemic. Clothing and homewares and core food categories, excluding cafes and stores in travel locations, have all seen growth.

Archie Norman, the chairman, said M&S was “emerging from the chrysalis of Covid as a reshaped business”.

He said: “For the first time in three and a half years there is a lot to feel confident about and enough green shoots and points of light to say M&S is on the verge of becoming a growing business again.”

However, Rowe cautioned that, while the latest sales figures were encouraging, “it is unclear how the recovery will develop and if consumer activity will sustain in clothing and home as well as what the eventual pace and shape of recovery in hospitality and convenience in food will be”.

He said M&S was stepping up its plan to close outdated stores to create a chain of 180 clothing and homewares sites around the country over the next decade, down from 254 at present.

Three years ago M&S said it would close or relocate 110 main stores. The new plan extends that to 90 closures, including 59 already shut, alongside more than 45 conversions to food only and 35 relocations. A further 16 food stores and eight discount outlets have also closed in the past year. Some of the closed stores will be converted into homes or other uses, generating at least £200m in funds to invest in new or improved stores and help cover the £260m cost of store closures.

About 17 new or expanded full-line stores will open over the next two years, including at least six in former Debenhams sites.

Rowe said the clothing and homeware closures followed a step up in online shopping that M&S now expected to account for about 40% of sales of those categories in future, up from about 20% before the pandemic.

“We are committed to stores and believe they can be a true source of competitive advantage but they have to be the right stores in the right location with the right services,” he said.

The group will also continue to invest in its food stores, creating 40 larger sites that appeal to families, up from 15 at present, from a mix of new or revived existing outlets. There are also plans to more than double online sales overseas.

However, M&S said it was considering how to reconfigure trading in Europe as the UK’s exit from the EU had increased the costs. M&S has already stopped selling chilled foods in the Czech Republic because it said Brexit would add up to £47m in administrative and tariff costs to its business in the UK and overseas, up to £33m of which related to doing business with Ireland. In the past year, M&S said Brexit had already cost it £16m.

The company said it did not expect to pay a dividend in the current year as it invested in its online business and improving stores. Underlying profits are expected to be at least £300m, up from £41.6m this year but well down on the £403m reported in 2020, before the pandemic.