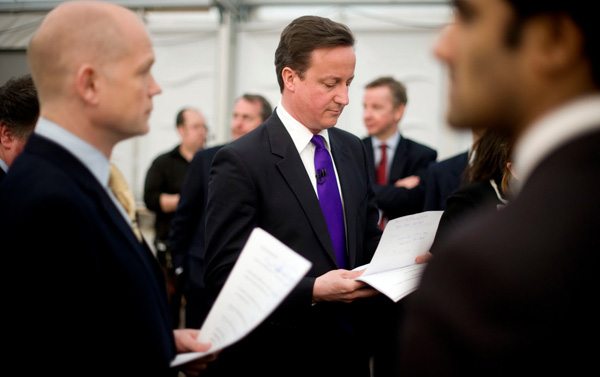 In the private sector, nearly half of the 510 top managers and leaders questioned reported that the Government’s austerity programme was actively damaging their organisation. Just two per cent said that their employer was seeing any benefits resulting from the current strategy.

The Economic Outlook report, which polls managers up to Director and CEO level every six months about how the economic situation is affecting business, revealed increasing levels of concern when it comes to issues including access to finance, barriers to growth and deficit reduction measures.

The level of Government debt was cited as a significant barrier to growth, second only to energy costs. Many managers appear unconvinced that debt reduction measures are working, with two thirds telling CMI they expect the amount owed by the public purse to increase over the next 12 months.

Despite the introduction of a raft of measures aiming to improve access to finance for UK organisations, just seven per cent of those surveyed said availability of finance for short- or long-term needs had improved over the last six months. Substantial numbers reported that credit had become harder to access since they were last asked – 38 per cent said availability of finance for short-term needs had worsened, and 42 per cent reported the same issue for long-term needs. Figures for these measures have not shifted significantly since the Coalition came to power.

The majority of bosses clearly feel, however, that the Coalition has an important role to play in improving their current lot – 69 per cent reject the idea that the Government can do little to affect their organisations’ circumstances. Top of bosses’ policy priorities was simplification of the tax system, backed by 89 per cent of respondents. Skills development was also high on the agenda – 85 per cent called for tax breaks for investment in skills and 70 per cent believe employers should be given more control over this investment.

Commenting on the report, CMI’s Chief Executive, Ann Francke, said: “Getting Britain back on its feet requires measures to boost management confidence. We need commitment to a wide range of complementary measures, spanning everything from education and training to fiscal and monetary policy. Everyone knows things continue to be tough for British business and today’s report shows that those steering firms through the recession are crying out for support. Organisations that invest effectively in management and leadership development perform better, so it’s no surprise that measures to help them do this are near the top of employers’ wish lists.”

In line with managers’ concerns about access to finance, 86 per cent said the Government should urgently stimulate bank lending to businesses while, at a time of rising youth unemployment, 81 per cent want apprenticeship funding to be increased.

Francke continued: “At the halfway point of the Coalition’s five-year term, a worrying number of measures of economic health appear to be stagnating or worsening. Those on the ground trying to make their businesses work are still under pressure to cut costs, still insecure in their own jobs and still don’t see things changing any time soon.”