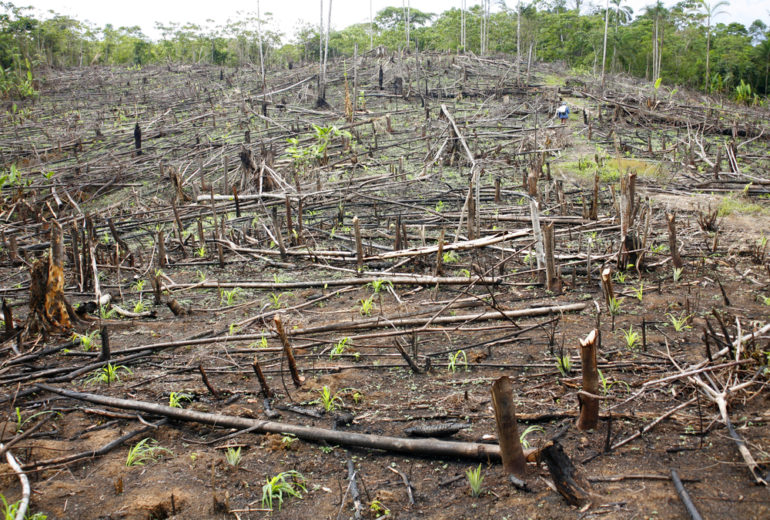 Demonstrating its commitment to delivering lasting change and contributing to a sustainable future, energy tech firm, Open Energy Market (OEM) is proud to announce its partnership with Cool Earth, the non-profit organisation that works alongside rainforest communities to halt deforestation and climate change.

Through its partnership with Cool Earth, OEM will protect at-risk rainforest in the Peruvian Amazon. They will support the Awajún community in Northern Peru, whose forest is currently facing threats from oil and gold extraction.

Cool Earth, which is endorsed by leading environmentalist Sir David Attenborough and patronised by Dame Vivienne Westwood, partnerships focus on developing livelihoods that outprice the loggers including investments in things such as Inga, rice and fish farming, as well as a successful women’s craft cooperative. The goal for the partnership with OEM is to contribute positively to these partnerships and ultimately protect 1,000 acres from deforestation in just one year – that’s twice the size of the Olympic park in London.

For each business that transacts through the OEM energy procurement and management platform, OEM will determine the square footage of the facilities (or premises) that will be directly benefiting from the technology.  OEM will then provide funds to Cool Earth that will protect an equivalent area of rainforest in Peru.

Having commenced in June, the project is well underway and is already making a difference: the 28,800 trees already protected account for over 9 million litres of water production every year, locking in a staggering 31,200 tonnes of CO2.

According to Chris Maclean, CEO of Open Energy Market, choosing to support Cool Earth was a natural decision, and makes an important statement to the global energy sector. He said:

“The energy sector as a whole has historically come under justifiable fire for its approach to, and impact on, the environment. Supporting Cool Earth – a cause that resonates both personally and professionally – presents a unique opportunity for us, as an energy-based business, to demonstrate a long-term commitment to shifting those negative perceptions and making a real, tangible difference.”

Cool Earth has adopted a new approach to saving rainforest. Rather than injecting money to negate deforestation, Cool Earth empowers local people who have been forest custodians for generations. Through investments in livelihood initiatives which put communities back in control of their land, Cool Earth, with the support of partners like OEM, help transform vulnerable villages on the arc of deforestation into robust defenders of the forest. This in turn, forms a shield that makes thousands of acres of rainforest inaccessible to loggers.

“We are thrilled with our achievements so far, and in such a short space of time too. Response from businesses we have worked with to make this happen has been positive, with the benefits clear and tangible to all. We are confident of hitting our target this year and look forward to continuing our journey with Cool Earth to deliver lasting change,” added Chris.

“The Royal Hospital for Neuro-disability welcomed the opportunity to participate in the Cool Earth scheme as part of procuring our energy with OEM. Promoting environmental initiatives aligns with our own values and we are very keen on creating positive outcomes locally and internationally.”

Education lacking in the energy sector

While the energy industry is on a fast-track of evolution – with increased innovations in CleanTech and Green Energy emerging alongside news of the government pumping £102 million into the next phase of energy decarbonisation – education around the full impact on the wider environment remains comparatively slow.

According to Chris, this sense of inertia is largely born from an inability for businesses to visualise, relate and engage with the concept of deforestation and its impact on the global environment. Projects such as the partnership with Cool Earth will therefore be important catalysts in accelerating the education process and affecting a change in thinking across the industry. He said:

“It’s a challenge for businesses to understand the need to reduce carbon emissions – it’s difficult to visualise a tonne of carbon or comprehend the impact deforestation has on the environment. Cool Earth’s approach provides companies with tangible, relatable information. Making the problem accessible in this way will engage businesses, spurring them on to step up and actively contribute to achieving a better and sustainable future.”

Commenting on behalf of Cool Earth on this partnership, Rt Hon Frank Field MP, Founder and Chair of Trustees, Cool Earth said:  “Cool Earth thinks differently about how rainforests are protected: we start with the people who can make the biggest difference. We are delighted that Open Energy Market thinks the same and has chosen to support our efforts in offering a lifeline to villages desperate to keep their trees safe. By putting the right people back in control, we can save the world’s most at-risk rainforests. Our success comes down to committed partnerships such as the one we are establishing with Open Energy Market. Championing our work helps us grow even further, giving us the best chance of saving the world’s rainforests.”