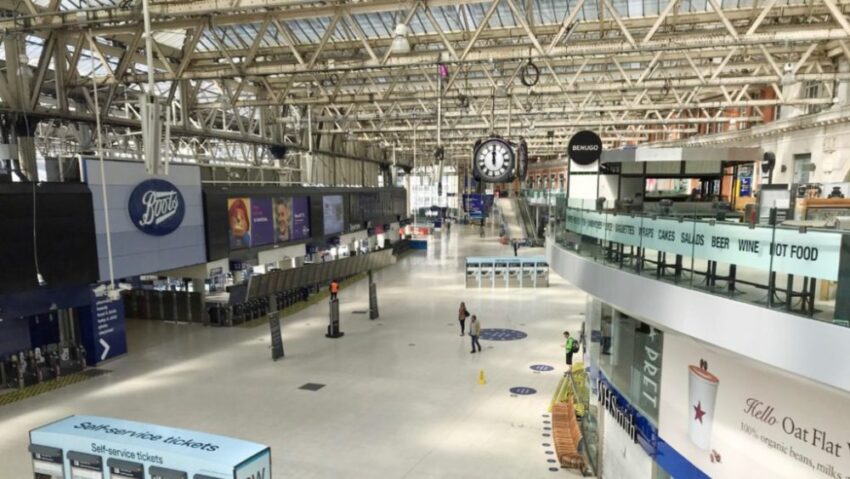 The traditional mass return to the workplace failed to materialise in London on Tuesday, with passenger numbers on the tube and buses rising more slowly than usual for the end of summer.

Transport for London reported 8% more tube entries and exits, and 6% more bus journeys, in the morning rush hour compared with a week ago.

But with traffic normally rising sharply in September, London Underground passenger numbers were 72% below pre-Covid levels – a worse proportion than the 70% drop last week – while bus usage were 53% below 2019 levels.

Figures for national rail passengers were yet to be collated, with some operators anecdotally reporting slight rises but no step-change.

Rail operators are planning to add more trains to the timetable next week, and will be looking nervously at the figures. Industry sources said there was frustration that ministers had not unequivocally asked people to travel and declared it safe.

Vanishing revenues have forced the government to underwrite operations but emergency contracts are due to expire this month. FirstGroup’s emergency contract to operate GWR was extended on Tuesday until next June, but other firms remained locked in negotiations.

At London Bridge station on Tuesday, a major hub for City workers and commuters from the south-east, there were some signs of increasing activity, staff said.

Among the passengers who spoke to Business Matters on Tuesday morning, most had worked throughout lockdown, with only a few returning to offices as part of a phased start. None reported that their workplace was demanding an immediate return.

Suits were few and far between. Stephen Hawksworth, who works in financial services, was back in office attire for the first time, although he had been commuting in from Sevenoaks since July.

“It’s been more and more busy here in the last few weeks, but that’s a lot of families and kids,” he said. “The litmus test for me is Sevenoaks station car park. You know that’s commuters going back to the office. Now there are about 40 parked when I leave. Six weeks ago, maybe 10. Normally, if you’re not there by 9am you’re not going to park.”

He said fewer than 10% of staff appeared to be working in his building: “People are very reluctant to come in; it’s comfortable to remain at home. The firms here don’t want the issues, the publicity if things go wrong.”

One man, who declined to give his name, was on his first day back to his insurance firm’s office since March, although most colleagues were planning to return later. His commute had been quieter but tougher than usual, he said, because he had not realised the Waterloo and City underground line – and his Pret a Manger branch en route – had been closed down during lockdown.

Maiya Azu, a hair stylist, was coming in to see a private client, on her first train journey in six month: “It was really quiet, but there was plenty of social distancing, which was good.”

Jeremy Grey, a retail estate agent, who has commuted in from Tonbridge throughout the pandemic, said there were only three people in his train carriage: “It’s crap. People need to go back to work.” Pointing to a closed Urban Express shop on the station concourse, he said: “This is 8.45am on a Tuesday morning in one of the busiest stations in London and they can’t make it work. We’ve got a massive problem. If you can’t get people on trains you can’t get the economy going.”