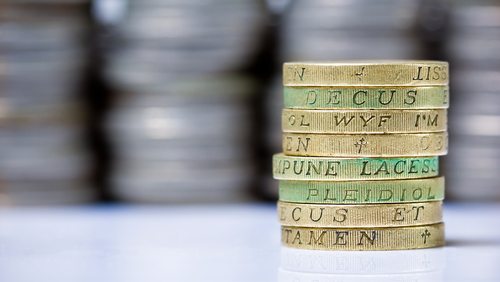 Figures for the third quarter of 2014 show that 23 per cent of small and micro business owners are looking to borrow in the next three months, the highest level seen since the survey began in 2011.

However, the report also highlights that small firms still perceive ongoing difficulties in securing funding, reporting a confidence gap of 10 per cent in terms of those who were fairly or very confident that they would receive bank finance and the proportion that actually did.

In addition, 68 per cent of businesses surveyed reported their aspirations to pay down what is owed and to be debt free and only 39 per cent are happy to use external finance to help the business grow.

The findings also reveal that small firms are increasingly more likely to look to other forms of funding rather than core banking products. The gap between core products and other forms of finance narrowed in the third quarter, while awareness of crowd funding reached its highest level to date with 38 per cent of micro employers and 35 per cent of small employers aware of the schemes.

Moreover the report sheds some interesting light on how businesses are actually being funded. 37 per cent are using business funding but when those who use trade credit and personal funds are included the proportion using “business funding” rises to 64 per cent. To put this in context, 69 per cent of SMEs reported using external finance for their business in 2007. Now other forms of funding are making up the gap in these companies’ finances.

In fact 31 per cent reported using trade credit – a greater proportion than reported using core bank products. The data also suggests small businesses that plan to borrow are more likely to have financial barriers to growth than those who are happy not to seek finance; 19 per cent of those looking to borrow see cash flow and late payment as serious barriers to development and 17 per cent expect access to external finance to be problematic compared to the 5 per cent and 3 per cent reporting these to be barriers amongst those not looking to borrow.

Commenting on the report findings, Phil Orford MBE, Chief Executive at the Forum of Private Business, said: “These latest figures show that while the appetite from small businesses to borrow may be on the up, many continue to explore alternatives as opposed to traditional banking products to finance future growth.

“Despite the banks’ continued efforts to win back SME confidence, a large number of small businesses remain unconvinced. Many are increasingly considering options such as crowd funding, trade credit and dipping into their own reserves to fund their future plans, which is likely to stifle the pace of growth in 2015. There is an urgent need for banks to re-establish trust with small businesses, particularly as we enter a period of political and economic uncertainty in the run up to the general election next May. Businesses definitely do not need this additional layer of uncertainty when it comes to business planning.”