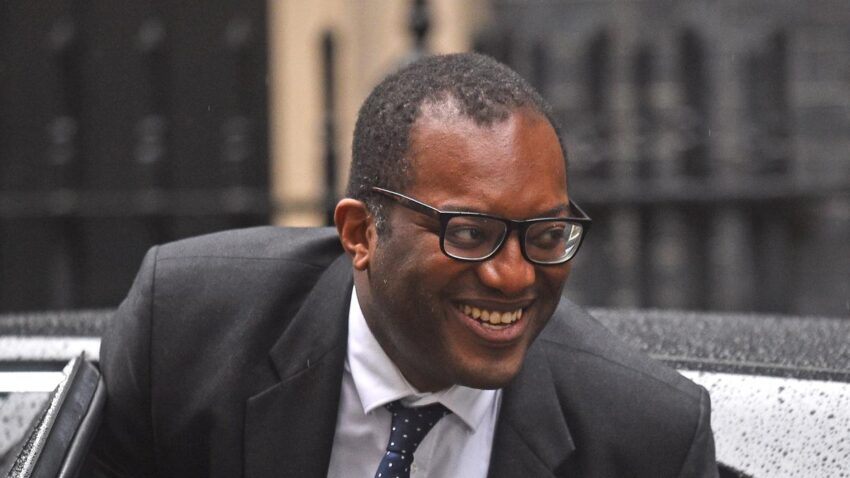 Kwasi Kwarteng, the business secretary, will hold an emergency summit with gas industry chiefs on Monday morning in an effort to contain the fallout caused by soaring market prices on consumers and businesses.

Mid-level suppliers will be placed into administration if they fall into trouble this winter in an attempt to protect consumers from costlier bills, he revealed on Sunday, after spending a frantic weekend thrashing out contingencies for Britain’s looming gas crisis.

Kwarteng said small firms would be allowed to go bankrupt, with their customers auctioned off to the company prepared to offer them the cheapest rate.

It is hoped the meeting will contain the fallout caused by the rise in market prices, which led to a frantic weekend of meetings and phone calls, culminating in the minister drawing up plans to deal with future insolvencies among the 60-plus gas suppliers.

It comes as the chair of the NHS Confederation warned the ensuing lack of carbon dioxide from the crisis could lead to operations being cancelled – exacerbating the health service’s huge backlog.

The slashing of CO2 supply could also have knock-on effects for the food and drink industry, with meat, poultry, beer and fizzy drinks all requiring the gas for a variety of purposes.

Five small energy firms have gone bust in the last five weeks, often because they have not hedged against the rise in market prices, leaving more than half a million customers in need of a new supplier. Industry sources expect another four may fold before the end of the month, leaving a further 1 million customers stranded.

It emerged on Sunday night that Bulb, the UK’s sixth-largest energy company with 1.7m customers, is seeking a bailout in order to stay afloat.

Possible options include raising funds from investors and merging or entering in to a joint venture with another supplier, according to the Financial Times, which first reported the story.

A Bulb spokesperson told the Guardian: “From time to time we explore various opportunities to fund our business plans and further our mission to lower bills and lower CO2. Like everyone in the industry, we’re monitoring wholesale prices and their impact on our business.”

Government sources said a particular concern has been how to respond if a “medium-sized” supplier – whose size is not defined – were to fail. But Kwarteng confirmed that “a special administrator would be appointed” by the regulator Ofgem and the government, to ensure the supply of gas would continue.

The industry roundtable meeting, expected to be attended by the leading suppliers as well as Ofgem, will go over the plans and discuss specifically “the impact on small suppliers and consumers”, according to a Whitehall source.

As part of his preparations, Kwarteng said he had met Jonathan Brearley, chief executive of Ofgem, on Sunday morning. He “has assured me of the well-rehearsed plans in place to protect the market and consumers”, the minister said.

The minister also held a string of one-on-one crisis talks with the leaders of the UK’s biggest energy companies over the weekend, which were likened by one senior industry source to the emergency meetings held with companies at the start of the Covid-19 pandemic.

Wholesale gas prices have soared to all-time highs in recent weeks due to a combination of a quicker-than-expected global recovery from the pandemic, depleted stocks after a cold winter and a shortfall in wind power, a consequence of the UK’s least windy summer since 1961.

Ministers do not want to provide bailouts to struggling suppliers and are happy to let smaller energy suppliers go under. A senior industry source said the government was “not interested in bailing out badly run companies” and may leave the sector to experience a “natural response” to the unfolding crisis.

Boris Johnson claimed rocketing gas prices are a symptom of the global economy bouncing back from Covid that will be “readily addressed” by market forces.

“I want to give a general reassurance that the problems we are seeing are temporary,” he said. “We’re experiencing bottlenecks in all kinds of things – huge stresses – as the world wakes up from Covid. It’s like everybody going to put the kettle on at the end of a TV programme.

“I have no doubt that supply issues will be readily addressed. We’re very confident in our supply chains. But in the meantime, we will make sure we work with all the gas companies to do whatever we can to keep people’s supplies coming, to make sure they don’t go out of business, and to make sure we get through the current difficult period.”

By the end of winter the industry may shrink to as few as 10 energy suppliers, according to analysis from experts at Baringa Partners, from about 70 at the start of the year.

Operations at NHS hospitals are at risk of being cancelled, warned Lord Adebowale, chair of the NHS Confederation.

“What I am concerned about, and I think Kwasi Kwarteng and others will be focused on, is making sure there’s enough CO2 for the NHS,” Adebowale told Times Radio.

“Because CO2 is used in a number of interventions in the NHS – invasive surgery, endoscopy, for instance, stabilising body cavities so that surgeons can see what’s going on inside.”

One senior health service source said the NHS had this weekend received assurances from the government that its access to the UK’s supply of CO2 would not be affected.

Meat and poultry processors warned that abattoirs may have to cease operations in the next fortnight, because they are dependent on CO2 for the humane slaughter of animals.

Nick Allen, the chief executive of the British Meat Processors Association, said: “Most of our members have a couple of weeks’ stock of CO2, depending on when deliveries are coming. In the poultry sector, some plants have already run out. What’s caught us by surprise is the speed at which CF Fertilisers has closed down.”

On Sunday Kwarteng met with Tony Will, the chief executive of the US parent company of CF Fertilisers, but the meeting broke up without the minister persuading the firm to restart production, which it says is uneconomic at current gas prices.

Sources at the business department said that the minister was now “working on options across government” and will meet with the company again next week. As well as trying to find a way to restart production, the government will try to source CO2 from elsewhere.

Britain is one of the most vulnerable countries in Europe to gas-supply disruptions due to its high reliance on gas for heating and power plants. It has also had some of Europe’s most limited gas-storage capabilities since the 2017 closure of the Rough gas storage site off the east coast.

In the past the UK was able to draw gas directly from ample domestic reserves in the North Sea. But the UK now only supplies about half its own gas, with about 30% coming from Norway via a pipeline and 22% shipped via tankers from Qatar.