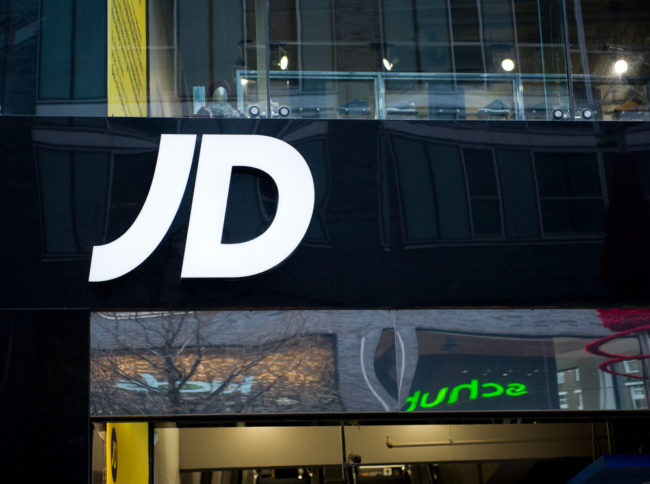 Debenhams is in exclusive talks with JD Sports about a rescue takeover of the department stores chain that could secure the futures of thousands of retail workers before Christmas.

It is understood that JD Sports, the FTSE 100 sportswear business, is interested in acquiring the whole of Debenhams and yesterday it entered exclusive talks with Lazard, its adviser, and administrators at FRP.

Debenhams has 12,000 staff and 124 shops. The company fell into administration in April, for the second time in two years.

A deal with JD Sports would come as a relief to many within the retail sector, who had believed that Debenhams was destined for the scrapheap as the pandemic exacerbated the woes of the high street. However, sources warned that talks could still falter.

Mark Gifford, chairman of Debenhams, has spent this year renegotiating leases with landlords in an effort to make the business more sustainable. The pandemic, which has caused a collapse in shopper numbers and led to store closures, has helped Debenhams to press its case with property owners, as many retailers have struck similar deals. It is also thought that a restructuring plan, shown to prospective buyers, proposed shrinking the business from 124 stores to 60.

JD Sports, which is run by Peter Cowgill, is thought to be attracted to Debenhams because of its website, which remains one of the most popular shopping sites. It is thought JD Sports has no interest in putting its brands in Debenhams stores, but the company, which is worth nearly £8 billion, is attracted by the opportunity of snapping up cheap space on the high street.

A deal with JD Sports would infuriate Mike Ashley, the majority owner of Frasers Group, who has been trying to seize control of Debenhams for three years. The Sports Direct tycoon had a stake worth £150 million in Debenhams, which was wiped out in a debt-for-equity swap in which hedge funds including Silver Point Capital took control of the business. Since then, he has unsuccessfully called for the government to scrutinise the administration process.

Frasers Group was knocked out of this Debenhams sale process at the start of the month after failing to meet the £300 million price tag Debenhams’ advisers were asking for. It is thought that it offered only £125 million for the group after failing to be given sufficient data on how stores were performing. Debenhams advisers have said that it would be anti-competitive to give commercial details to Mr Ashley as he is the owner of House of Fraser, a rival department stores chain.

JD Sports has a track record of buying struggling smaller rival businesses, including Liam Gallagher’s Pretty Green brand and Footasylum. However, industry experts have been surprised by JD Sports’ interest in Debenhams, which has toiled for years as consumers have shifted online.

One industry source said that Mr Cowgill, 67, was a “shrewd retailer”, although another feared that it would distract JD Sports from a successful strategy that has been focused on sports fashion. Its recent $558 million acquisition of Finish Line in America helped to bolster its relationships with Nike and Adidas, the sports brands.

Sources said that a deal with Debenhams could still fall apart. The alternative would be liquidation, with Hilco remaining on standby. Reliance Retail, controlled by Mukesh Ambani, India’s richest man, withdrew from the bidding process last month, while other rival British retailers, including Next, Marks & Spencer and John Lewis, had expressed an interest in a handful of unwanted stores.