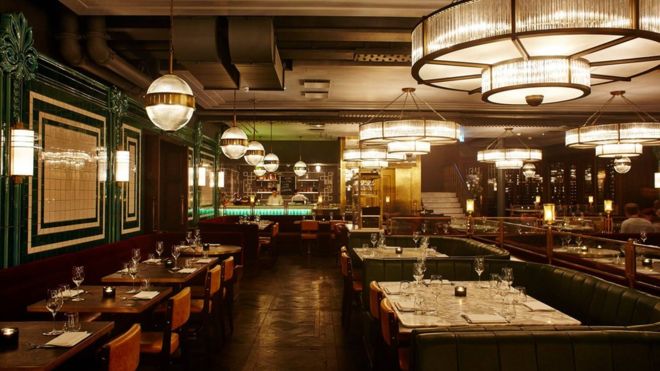 Jamie Oliver’s two flagship London restaurants have gone into administration, although the celebrity chef immediately bought one back.

His upmarket Barbecoa steak restaurant in London’s Piccadilly will close a year after it was re-launched.

The other outlet, near St Paul’s Cathedral, has been saved after the chef bought it for an undisclosed sum via a newly-created subsidiary.

The move comes as Mr Oliver makes cuts in other parts of his business.

Barbecoa St Paul’s was bought back under a so-called pre-pack arrangement, which allows the purchase of the best assets of a business before it actually goes into administration.

The Jamie Oliver Restaurant Group was already cutting costs in other areas, despite the chef putting £3m of his own money into the business in December.

Last month it announced that it was shutting down 12 of its 37 Jamie’s Italian restaurants – the mainstay of the group – as part of a rescue plan with creditors that would enable it to continue trading.

The closure of the 12 restaurants will affect at least 200 jobs.

Court documents revealed that Jamie’s Italian had debts of £71.5m.

However, £47m of the debts are covered by loans from HSBC Bank and Jamie Oliver’s other companies.

At the time, the company said that the closures were due to uncertainties caused by Brexit and a “tough” market.