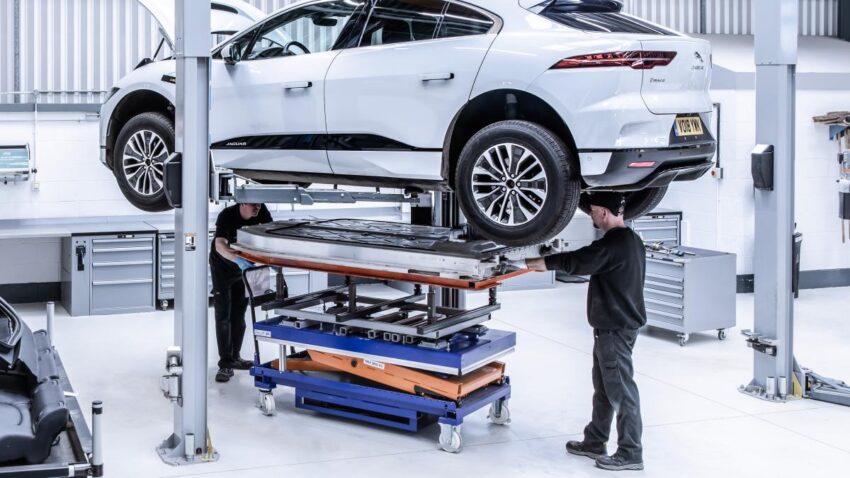 The taxpayer is to stand behind £500 million of state-guaranteed loans to Jaguar Land Rover as the UK vehicle manufacturer attempts to kickstart its transition to an electric car company amid mounting losses.

Jaguar Land Rover, part of the Tata Motors group which is listed on the Indian stock market, said that it sold just 80,000 vehicles in the three months to the end of December, a year-on-year fall of 38 per cent.

It blamed the worldwide shortage of computer chips constraining production. Recent figures showed that Jaguar Land Rover’s factories at Solihull in the West Midlands and Halewood on Merseyside produced just 220,000 vehicles in 2021.

Five years ago, before production of the Land Rover Defender was switched to Slovakia, the group’s UK factories made 544,000 cars in a year.

The quarterly sales slump sent the business £9 million into the red, extending losses for the first nine months of its financial year to £421 million.

The company’s latest financial struggles — compared with soaring profits for its German rivals, such as BMW, Mercedes-Benz and the Volkswagen group — were released as the government’s UK Export Finance arm announced that it is extending its support to Jaguar Land Rover to more than £1 billion.

The latest £500 million of state guarantees means that the taxpayer will stand behind 80 per cent of £625 million of new loans Jaguar Land Rover has raised from banks to put a spark into its plans for zero-emission vehicles.

The group has said that all Jaguar cars will be fully electric from 2025 and there will be five new zero-emission Range Rovers launched in the next five years. The group’s bill to fund this transition is expected to rise to £3 billion a year.

“We are backing our ambitious net-zero plans with more concrete action,” said Anne-Marie Trevelyan, the international trade secretary. “We want our carmakers to accelerate the production of electric vehicles in the UK.”