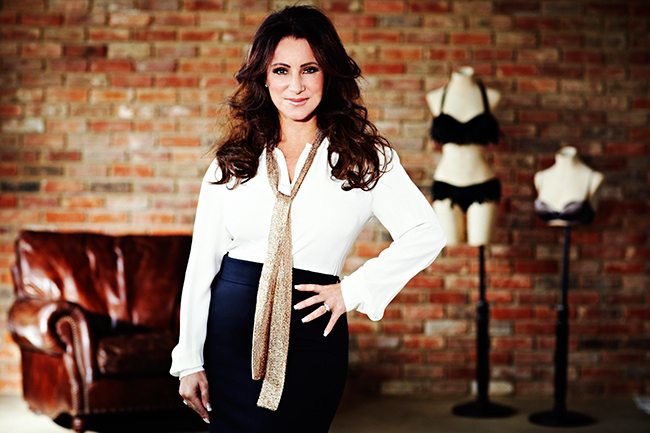 Upon becoming CEO, Gold spearheaded a campaign to completely change the image of Ann Summers, which had previously suffered a reputation as a grubby, backstreet sex shop aimed at men. Today, 80 per cent of the store’s customers are women.

Within a year of starting the Ann Summers’ party, Gold had signed up 500 party organisers. With the money raised from parties, Gold invested in opening new branches. There are now 140 stores across the UK. Without any formal business qualifications, Gold was made chief executive of Ann summers in 1987, and has since amassed a personal fortune estimated at more than £500m.

Brief Encounters is created and written by Fay Rusling and Oriane Messina, whose previous writing credits are Green Wing and Me & Mrs Jones.

“Brief Encounters is a refreshingly different domestic drama taking us back to the wonderful world of the 1980s,” said ITV’s Steve November, the director of drama. “We’re really excited by this commission; it’s full of heart, story and great new characters and we’re very much looking forward to working with Danielle Lux, Arabella McGuigan and their production team at CPL.”

McGuigan commented: “Brief Encounters is gutsy, emotional, warm and surprising. Like the real Ann Summers saleswomen, through their camaraderie our women discover hidden strengths and an ability to come out fighting no matter what life throws at you. As wives, mothers and businesswomen they unleash talent and ambition—and they blossom. Fay and Oriane have crafted fascinating characters who are both dramatic and funny and we’re sure will appeal to an ITV audience.”

Lux, the managing director of CPL, part of the Red Arrow Entertainment Group, added: “We are absolutely thrilled to be producing our first drama for ITV. CPL takes great pride in producing television with heart and soul and Brief Encounters has that in spades.”