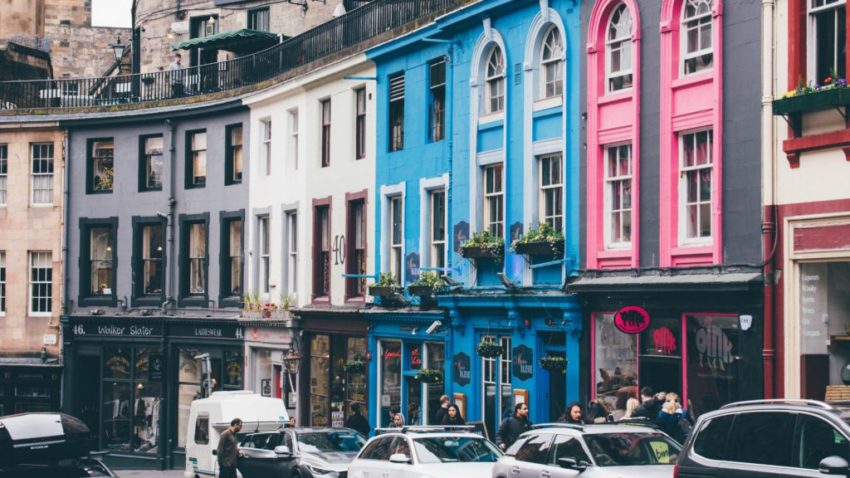 The UK government has announced that a ban on the sale of new petrol, diesel or hybrid cars in the UK will be brought forward from 2040 to 2035.

And the Scottish government announced plans to “phase out the need” for new petrol and diesel cars and vans by 2032 back in 2017.

While Holyrood does not have the power to ban them – that is reserved to Westminster – the Scottish government instead says it will “take the lead” in promoting the use of ultralow emission vehicles (ULEVs).

It says it will do this through actions like expanding the charging network for electric cars and offering incentives to encourage the public to move to ULEVs.

These actions are part of wider plans to tackle climate change.

So what are Scotland’s climate change targets, and are they the most ambitious in the world?

The Scottish government has set itself a legally-binding target to cut greenhouse gas emissions to net zero by 2045, five years ahead of the date set for the UK as a whole.

The Scottish government says its targets are “the toughest anywhere in the world”.

They are certainly among the most ambitious.

However, other countries – like Sweden – have passed legislation with the same goal. Sweden did so two years before Scotland, and it has also set milestones along the way. But Scotland’s milestone targets are more ambitious and include emissions from aviation and shipping.

They also don’t rely on international credits, which is where countries can pay for emissions to be reduced elsewhere instead of reducing their own.

Much progress has been made but the hardest changes are still to come.

Emissions of greenhouse gases – such as carbon dioxide – have been cut to about half of what they were 30 years ago.

However, experts say much of this progress has been accomplished by picking off the “low hanging fruit” – the most cost-effective or publicly acceptable changes to make.

The areas that need tackling are transport (about a third of all emissions), farming and land use (about a quarter), business and heavy industry (about a fifth) and how we heat our homes.

Tricky decisions will have to be made, especially with so much of Scotland’s economy based around the oil and gas industry.

Over the next 18 months, a Scottish government-appointed commission will grapple with the question of how to protect the economy and ensure a “just transition” as the world makes the move away from fossil fuels.

Transport accounts for about a third of Scotland’s greenhouse gas emissions and some steps have been taken to reduce this but the overwhelming majority of vehicles on the road are still greenhouse gas-emitting petrol or diesel engines.

There are now more than 1,200 publicly available charge points in Scotland for electric vehicles and the number of new EV and hybrid cars registered in the UK was up nearly 40% on the same period last year.

But for many drivers an EV is prohibitively expensive and concerns over the range the cars can currently offer is a concern for some potential owners.

Their popularity is expected to increase significantly as the technology gets better but this will see demand for electricity generation rise too.

The UK government’s Department for Transport says Scotland now has more than 1,500 charging devices, and across the UK there are now more charging locations than petrol stations.