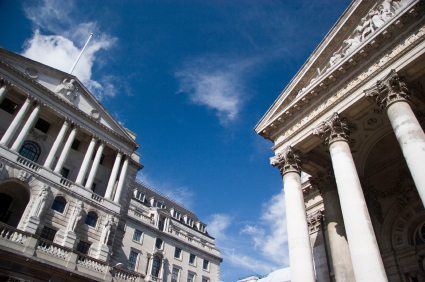 Posen’s change of heart means just one member of the committee, David Miles, voted for further stimulus this month – and Miles said his own decision was “finely balanced”.
The decision came as the committee expressed concerns over sticky inflation, as reflected in a surprise rise in April CPI inflation from 3.4% to 3.5 per cent. Posen’s fellow MPC member Paul Tucker said on 17 April that inflation may not fall back to 2 per cent this year as the Bank has previously predicted reports Investment Week.

Posen’s decision and those concerns have lessened the odds of a further addition to the Bank’s £325bn QE programme next month, analysts suggest. “Although we did not believe voting for more QE now made much sense beyond a signalling device, the decision to withdraw it once making it seems a significant signal,” said Nomura economist Philip Rush.
“In our view, the Bank is unlikely to authorise more QE in the coming months, especially in light of the latest oil price developments,” said Nida Ali, economic advisor to the Ernst & Young ITEM Club.

Suggestions of an extended pause come amid talk the BoE may be forced to turn elsewhere in future attempts to prop up the economy. AXA IM fixed income CIO Chris Iggo said the Bank was running out of room to manoeuvre in its asset purchase programme.
“The Bank owns a third of the gilt market, and is clearly already distorting that market. It could theoretically buy all gilts, and then move on to index-linkers, but I think another £100bn is the most it could get away with,” he said.

But many are still open to the prospect of more easing further down the line. Capital Economics still expects further QE later this year as economic data disappoints again, while Rush suggests the MPC’s belief in a persistently large and powerful output gap means demand data will be key to future decisions.

“We still expect the MPC to be disappointed by demand, which may nudge it toward pursuing further purchases. We would welcome an end to QE2 […] but fear it may drag on a little longer regardless,” he said.