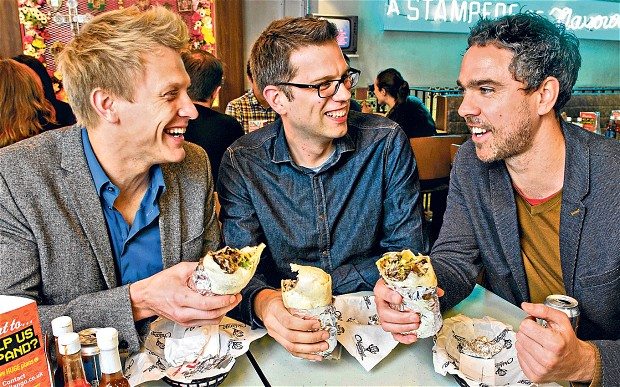 Mexican restaurant chain Chilango launched its Burrito Bond in August last year offering 8 per cent gross interest per annum to the 709 people who invested £2 million. A total of £65,120 was paid (net of tax) in the first of the semi-annual interest payments last month, an average of £92 per person. After the initial four-year bond term investors can either have their initial investment returned to them or continue to hold the bond on the same terms.

River Cottage has also paid a net total of £27,818 in interest (based on 7% fixed gross interest per annum) to the 285 people who invested £1 million in the restaurant and food business made famous by co-founder Hugh Fearnley-Whittingstall. River Cottage also gave investors 10% off at its three Canteens in Axminster, Bristol and Plymouth and free River Cottage membership.

The launch of Crowdcube’s mini-bond offer (an unsecured, non-convertible and high risk investment product) disrupted a market that was previously dominated by private debt advisors (financial advisers, lawyers and registrars) and was time consuming and expensive for businesses to set up, limiting the number of fast-growth businesses that were able to participate.

Crowdcube has launched five mini bonds in the last year to investors. Pocket, which sells affordable homes for moderate-income ‘city makers’ in London is still live on Crowdcube. It aims to raise £1 million with its mini-bond and is currently overfunding at £1.4m with 7 days remaining. Investors can support a successful business that plans to build more than 4,000 starter homes across London within the next 10 years.

The Pocket mini bond offers investors the opportunity to invest for an initial investment of £500 or more and will pay out a fixed rate of return of 7.5% gross interest per annum over an initial four-year term. Investors can either cash in their initial investment after the four years or keep hold of the bond on the same terms.

Crowdcube co-founder Luke Lang commented: “Crowdcube brought bonds online, making them easier for investors to access and breaking down the barriers to entry for established but fast-growth businesses like Pocket that want their customers to be part of their future success. We’ve helped growing businesses raise more than £7.7 million through our mini-bonds over the last 7 months and we’re pretty pleased with the pace of new bond products being launched with more in the pipeline.”